BRI NEWS Iranian doctor of Chinese medicine: acupuncture is a gift from China to the world

Iranian doctor of Chinese medicine: acupuncture is a gift from China to the world 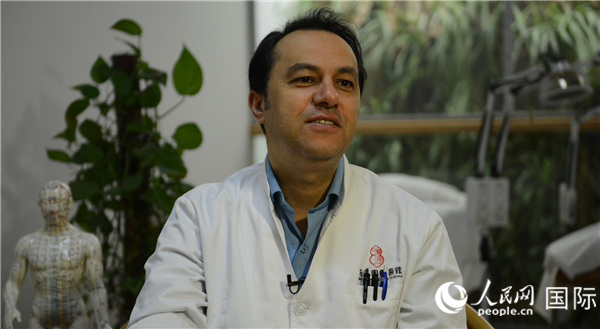 Dr. Amir Hooman Kazemi not only treats patients with TCM, but also teaches Chinese medicine all over the world. (Photo: people.cn)

Dr. Amir Hooman Kazemi used to be an Iranian doctor of western medicine. To explore more therapies and better cure patients, he began to study traditional Chinese medicine (TCM) in 2005. Now, Hooman not only treats patients with TCM, but also teaches Chinese medicine all over the world.

Hooman received his degree in TCM in 2010 from the Beijing University of Chinese Medicine, majoring in acupuncture and moxibustion, and became a postdoctoral fellow in Chinese medicine four years later.

"When I first came to China to study TCM, I didn't believe in it because I didn't know anything about it," recalled Hooman, adding that "Later, I found that the effect of acupuncture is really good. It made me begin to believe in TCM."

As a foreigner, Hooman believed that the learning and application of TCM know no national boundaries. "TCM and acupuncture originated in China, but they now serve patients all over the world."

In recent years, the development of TCM, especially acupuncture, has found global fame, and more people have come to know about it, said Hooman.

According to statistics, in 2019, TCM spread to 183 countries and regions, and more than 13,000 overseas students come to China every year to study TCM. Over the past 60 years, thousands of foreigners from more than 100 countries have come to study traditional Chinese medicine and acupuncture at the Beijing University of Chinese Medicine alone, according to Hooman.

Hooman noted that thousands of doctors now practice acupuncture in Iran, where many acupuncture clinics and societies have been established. Meanwhile, the cost of acupuncture treatment can also be covered by medical insurance. 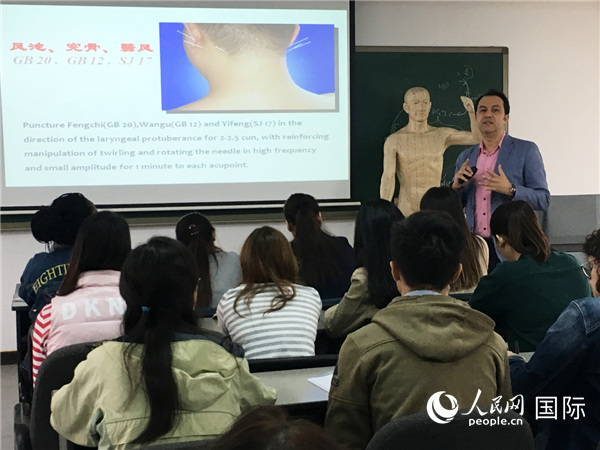 "My acupuncture clinic at Tehran University treats more than 100 patients a day. It is the therapeutic effect and good reputation of TCM, instead of advertisement, that wins the trust of so many patients".

Hooman's patients include many world-class athletes, well-known actors and international dignitaries. "These patients have high requirements for treatment methods, and their choice and recognition of TCM also reflects the good efficacy and worldwide popularity of TCM."

In addition to treating patients, Hooman also spares no effort to teach TCM knowledge around the world. Apart from China and Iran, he has also been a guest lecturer at universities in Spain and Canada, and conducted acupuncture training in the Netherlands, Germany, France, Australia, Austria among others. "It can be said that acupuncture is a gift from China to the world. I hope more patients can benefit from it," said Hooman.

Hooman believes that TCM has brought positive changes to his personality and lifestyle. "Although I am busy, I have more peace of mind and take things as they come. As a result of practicing TCM, my lifestyle has become more regular."

"I will continue to learn TCM for the rest of my life," he concluded.