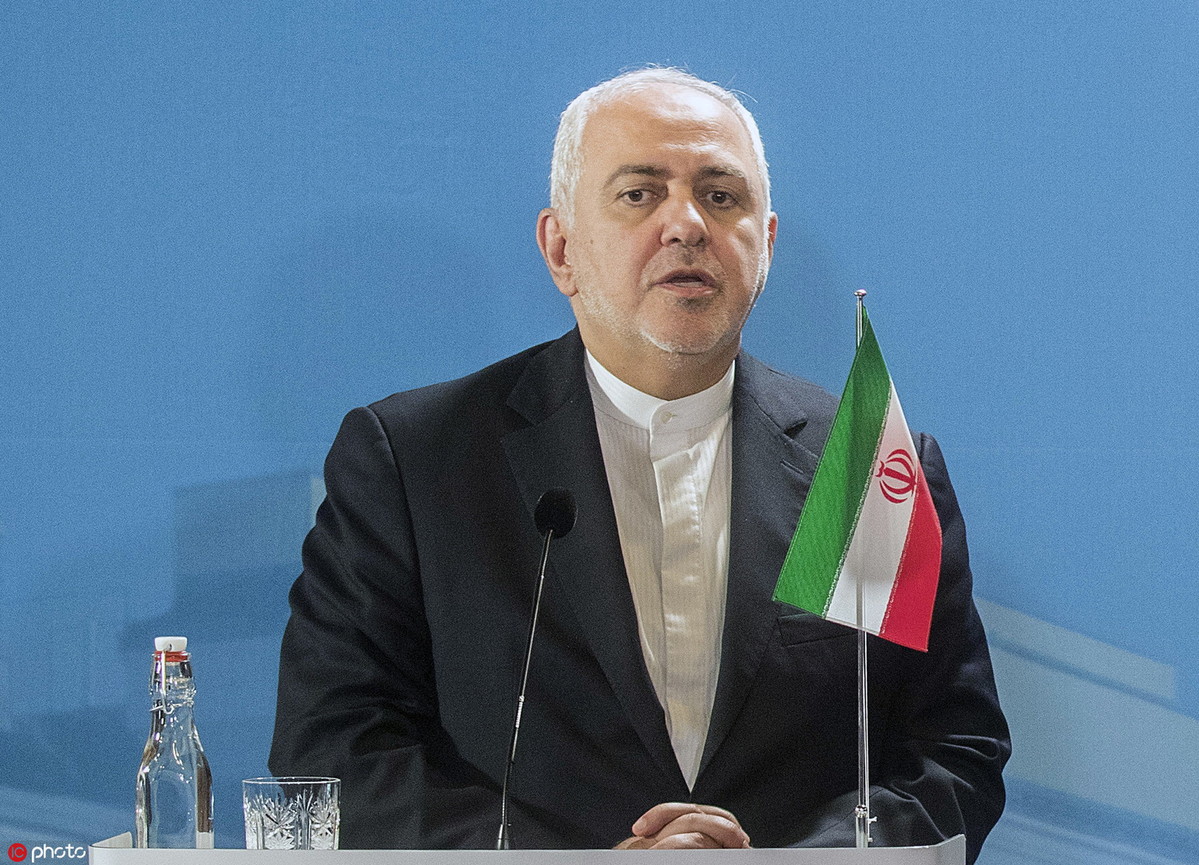 Iranian Foreign Minister Mohammad Javad Zarif stole the limelight on Sunday in France's seaside town of Biarritz, where G7 leaders were meeting for their 45th summit.

Zarif made a surprise visit there and held talks with French Foreign Minister Jean-Yves Le Drian and later French President Emmanuel Macron, who had been trying to mediate between Iran and the United States amid growing tensions.

Zarif's plane departed Biarritz on Sunday evening. He posted on Twitter two photos of his meetings with both Macron and Le Drian. "Iran's active diplomacy in pursuit of constructive engagement continues," he wrote in the tweet.

Zarif said he met Macron on the sideline of the G7 Summit after extensive talks with Le Drian. "Road ahead is difficult. But worth trying," he said.

French officials have described the meetings as "positive", according to France24.

US President Donald Trump last year pulled his country out of the Iran nuclear deal, officially known as the Joint Comprehensive Plan of Action. The deal was reached in 2015 by Iran, China, Russia, France, UK, Germany and the US and ratified by the United Nations Security Council. The US has also reimposed sanctions on Iran and threatened to punish other nations which violated the unilateral US sanctions.

The other parties of the agreement have opposed the US withdrawal and its renewed pressure campaign against Iran.

France, the UK and Germany have launched a special purpose vehicle, known as Instex, to help European companies bypass US sanctions in their normal trade with Iran. But the mechanism still has to show its effectiveness given the US dominance in global financial system.

Macron had already met Zarif in Paris on Friday. He also had held phone talks with Iranian President Hassan Rouhani.

Agence France-Presse reported that Macron has urged Trump to offer some kind of relief to Iran, such as lifting sanctions on oil sales to China and India in order to keep Iran in full compliance with the nuclear deal.

French officials said Macron decided to make the "surprise" invite after hosting a dinner of G7 leaders on Saturday night, when G7 leaders agreed that Macron should hold talks and pass on messages to Iran. But Trump later denied that. Macron later noted that there was no formal mandate from the G7 leaders for the invitation.

"Yesterday, we had a discussion from which two priorities emerged. First of all, no member of the G7 wants Iran to ever get a nuclear weapon. Second, all members of the G7 are deeply committed to stability and peace in the region and therefore want to avoid actions that could compromise that," Macron said on Sunday.

"We will each continue to take initiatives to reach our two goals. That's what's important. The outcome of yesterday's discussions is that we will continue to all act, each in their own way."

German Chancellor Angela Merkel on Sunday evening also said that any attempts to ease tensions with Iran over the nuclear deal were worthwhile.

In an interview with Euronews last week, Zarif said the crisis over the nuclear deal raises questions over Europe's independence from the US which is "imposing its will" on its allies. "We discussed with Macron how the US could come back, and how Europe and the international community can live up to their commitment, independent of the US," he said.

Zarif is paying an official visit to China until Tuesday at the invitation of Chinese Foreign Minister Wang Yi.