BRI NEWS It is time the 'China threaten' theory was laid to rest: FM

It is time the 'China threaten' theory was laid to rest: FM 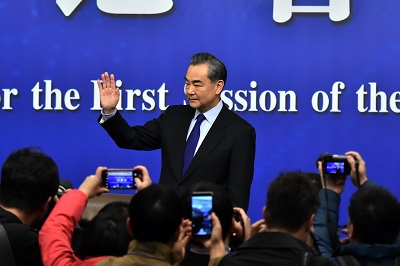 “It is time the 'China threaten' theory was laid to rest”, said Wang Yi at the press conference Thursday.

Some predications from western world asying China threatening or collapsing are many. But Wang said facts speak louder than sayings.

For years, China has been the leading contributor for the world’s economic growth, and it accounts for 70 percent of global poverty alleviation. China also playing a active role in peace keeping among  permanent members of UN security council. In the past five years, Belt and Road initiative and other major proposals show China’s efforts to maintain the world’s peace as well as improve global economic growth.