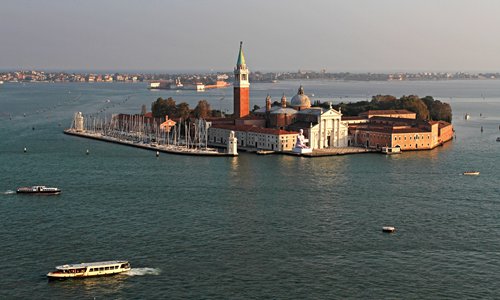 A 45-member team of bankers seeking opportunities to bridge bilateral investments under the Belt and Road initiative concluded their 10-day visit to China earlier this month. Luca Iandimarino, head of the investment center of Life Bankers, advisory network of BNL - the Italian subsidiary of French international banking group BNP Paribas - said the delegation is seeking to diversify investments and portfolio risks. "We have a lot of clients that need to invest and diversify the portfolio," said Iandimarino - who is leading the Italian delegation - during an informative event held at the Italian Embassy in Beijing. "China, for us is a great opportunity to diversify the asset allocation of the clients that are mostly focused on Europe."Chinese President Xi Jinping announced at this year's Boao Forum for Asia in April that China will reform its financial sector, which was widely applauded by international financial agencies.China's financial system is resilient and stable amid mounting external uncertainties, as the country moved to resolve systemic risks, the People's Bank of China (PBOC) said in a report released earlier this month.China is expected to unveil regulations on financial holding groups in the first half of 2019, according to the PBOC.Italy, though not considered a country short of infrastructure, is deemed an important partner in China's Belt and Road initiative (BRI). Giovanni Lovisetti, an Italian lawyer at Dezan Shira & Associates, which introduced the delegation to do business in China, said there is a growing number of Italian entrepreneurs and investors looking for BRI opportunities in the country."The presence of the numerous Italian bankers is a clear proof of this trend," he noted.

Consortium 4C3, consisting of China Communications Construction Co Ltd (CCCC) and two Italian companies, 3Ti Progetti Italia and E-Ambiente, has signed a contract with Venice port authority on the design of the first phase of Venice offshore port, according to Song Debin, vice general manager of the Overseas Market Development Department of the CCCC.The consortium will deliver the container terminal's design proposal with building information modeling technology, Song said, before adding that the contract value is about 2.96 million euros ($3.38 million).The new Italian coalition government established a special program, Task Force China, in August to enhance cooperation with the country. "Among the Task Force's main objectives are strengthening the relationship between China and Italy [in the fields of trade, finance, investment, R&D and cooperation in third countries], and guaranteeing Italy a position of leadership in Europe vis-à-vis China's Belt and Road and Made in China 2025 initiatives," Italy's Ministry of Economic Development said in a statement issued at the launch of the task force.Italy aims to be China's leading economic and trade partner in Europe and is open to becoming a Mediterranean transport hub for the BRI, the country's undersecretary of state for economic development Michele Geraci said in an interview with Chinese news portal Caixin in September.Proposed by China in 2013, the BRI refers to the Silk Road Economic Belt and the 21st Century Maritime Silk Road, which aims to build a trade and infrastructure network connecting Asia with Europe and Africa, Xinhua News Agency reported. Asked whether Italy shares suspicions about Chinese investment like other European countries such as France and Germany, Geraci told Caixin, "We don't have these issues yet." "I don't think we will have it," he was quoted by Caixin as saying. "Italy is generally a very open economy."Trade between Italy and China amounted to around $49.6 billion last year, according to statistics published by the Chinese Foreign Ministry. Italian exports to China are also increasing by 22.2 percent growth year-on-year, with a much more positive outlook than imports.