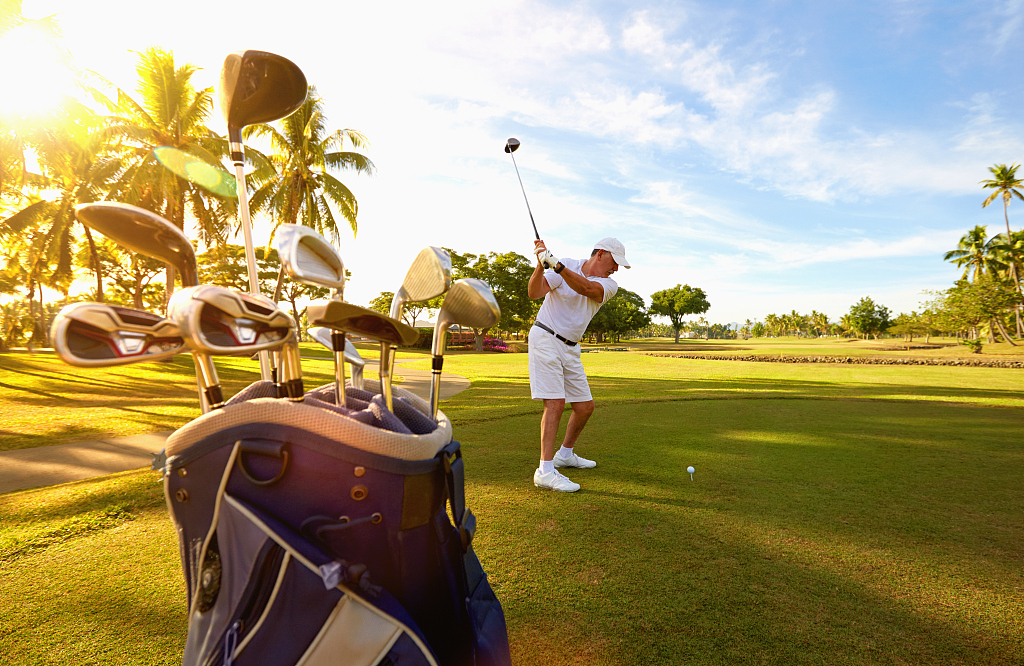 SANYA, China, Oct. 20 (Xinhua) -- Italian golfer Francesco Laporta shot to the top of the Road to Mallorca Rankings after securing his first European Challenge Tour victory at the Hainan Open here on Sunday.

"It's unbelievable," he said. "It's my first victory on the Challenge Tour and it's just crazy."

The 29-year-old began the day with a two-stroke lead and a final round of 70, two under par, was enough to clinch victory on 14 under par at Sanya Luhuitou Golf Club, one stroke clear of France's Robin Roussel and two ahead of Dutchman Wil Besseling and Germany's Sebastian Heisele, who earlier aced the par three third hole on his way to a four under par 68.

"It is an amazing feeling to know I will be playing on the European Tour next year and I am so happy," Laporta said.

The 2019 Hainan Open European Challenge Tour, in China's southern coastal city of Sanya, attracted 126 players from 20 countries and regions to compete for a total prize of about 350,000 U.S. dollars.