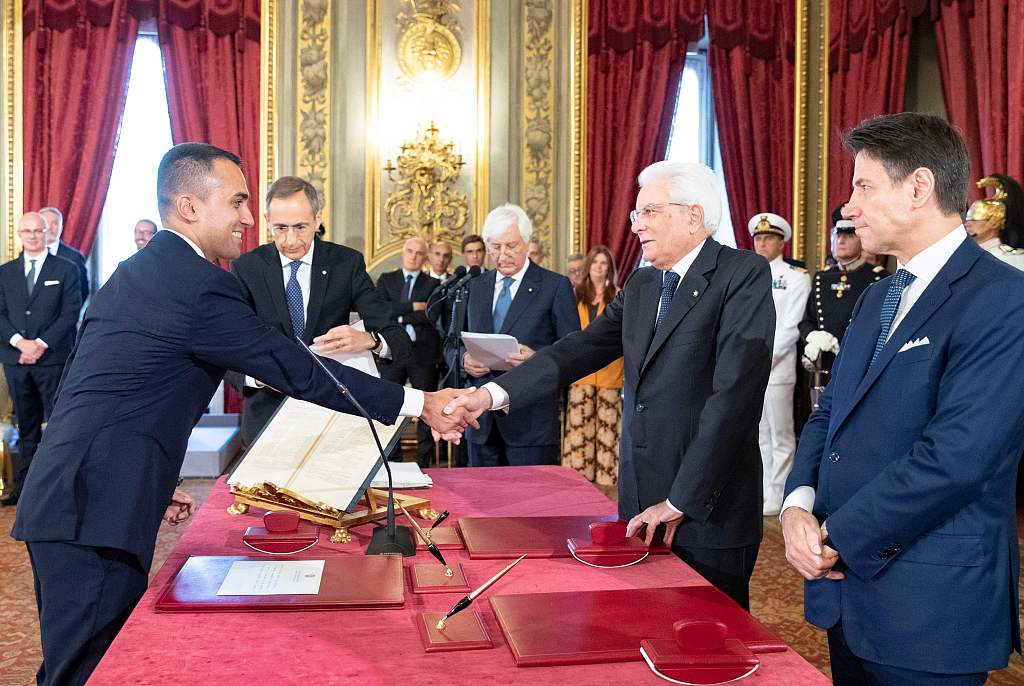 ROME, Sept. 5 (Xinhua) -- The new slate of ministers for Giuseppe Conte's second stint as Italy's prime minister was formally sworn in on Thursday by Italian President Sergio Mattarella, bringing the unlikely coalition between Italian populists and an old-guard center-left party a step away from power.

The 21-minister slate includes ten members of the populist Five-Star Movement, nine from the center-left Democratic Party, and one from the small, liberal Free and Equal party, and one unaligned technocrat. The only holdout from the previous government will be Giuseppe Conte, who will have his second stint as prime minister.

Among the most prominent new ministers: pro-European Union economist Roberto Gualtieri, a member of the Democratic Party, as Minister of Finance; Five-Star Movement head Luigi Di Maio as Minister of Foreign Affairs; and technocrat Luciana Lamorgese as Minister of the Interior.

Thursday's highly choreographed ceremony leaves only one step before the Conte government officially takes power - a confidence vote in both houses of parliament, which is likely to take place in the next few days. Analysts said major issues with the vote are unlikely.