Italy is set to sign a memorandum of understanding with China on cooperation within the framework of the China-proposed Belt and Road Initiative (BRI). The move will have profound impact and be of great significance to both countries. 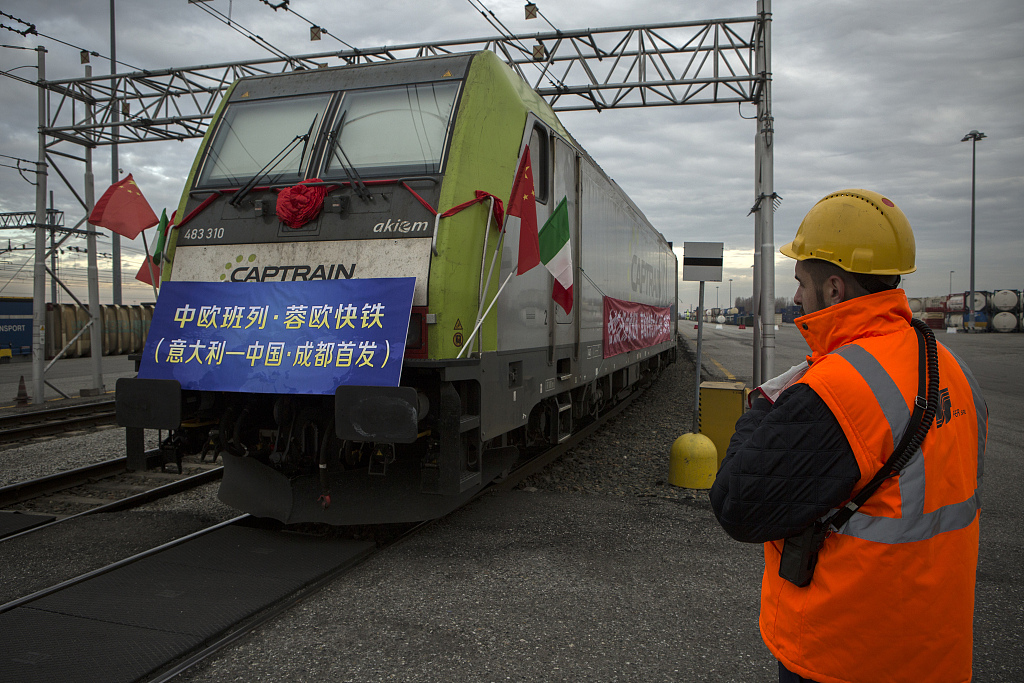 In early March, Italian Prime Minister Giuseppe Conte told a foreign policy seminar that the BRI could be a good opportunity for the country, which will also help export European standards. According to Conte, the non-binding agreement to be signed is just a "declaration of intent," which is expected to win Chinese investment for its Genoa and Taranto ports and to bring high European standards to BRI projects in terms of finance, rule of law and environmental protection. Conte also said he planned to attend the BRI forum in China in April, and would continue dialogue with the US on this issue.

According to the information available, port construction will become one of the focuses for cooperation between Italy and China under the BRI, which, to a certain extent, has something to do with the rapid development of Piraeus Port in Greece. As a result of cooperation with Chinese company Cosco over the years, Piraeus saw a dramatic rise in the rankings from 98th to 36th busiest among the world's top container ports, becoming one of the fastest growing container terminals in the world. The Piraeus port project has also been recognized as a model of Sino-Greek cooperation, which has not only boosted economic recovery in Greece, but has also become an important part of Cosco's global port layout. As Piraeus has quickly developed into a major container port in the Mediterranean region, Italy undoubtedly has felt the pressure.

Furthermore, Greece has already submitted an application hoping to become an official member of the "16+1" cooperation mechanism. As a platform jointly launched by China and 16 Central and Eastern European countries in 2012, the "16+1" mechanism has yielded substantial benefits for the 16 member countries in terms of enhancing mutual understanding and strengthening economic and trade cooperation, thus attracting more European countries to join.

Apparently, the example of Sino-Greek cooperation has been very enlightening for Italy. The country has had a hard time after being hit by the European debt crisis, which is why it intends to introduce overseas investment to improve infrastructure for its ports. Thanks to its strategically important geographical position, Italian ports could be gateways for Chinese goods to Europe once they pass through the Indian Ocean and the Suez Canal, also exits for European exports to China.

Moreover, Italy also aims to boost its competitiveness and to enhance economic status in the EU under the BRI. Cooperation under the BRI could also drive more Italian products to China. Small- and medium-sized companies in Italy are relatively developed, and its cultural and creative industries are also very mature, therefore their goods could be quite popular in the Chinese market. Also, Italian companies may have interests in the China-invested industrial zone in the Suez Canal Corridor due to its geographical position.

Besides, since Italy is the hometown of Marco Polo and at the end of the ancient Silk Road, the BRI is also of cultural and historical significance to the country.

In addition, the Italian populist government is trying to do something practical for its people over the past year, leading to a relatively open attitude toward Chinese investment. Last year, Italy's Ministry of Economic Development announced the launch of the Task Force China, a mechanism aimed at strengthening Italy's economic and trade relationships with China and guaranteeing Italy a position of leadership in Europe through joining in the BRI.

At present, among all the EU countries, 16 are already members of the "16+1" mechanism, while Malta, Greece, and Portugal have joined the BRI. Counting Italy, there will be 20 countries entering a cooperative relationship with China. China's friends circle is expanding fast, which is why some other EU countries may feel upset about the trend. But on the other side, the development also underscores the high expectations of European countries toward the BRI, which they hope may bring changes to the one-way flow of exports to Europe. They hope to increase exports to China, increase exports to countries and regions along the Belt and Road routes, explore third-party markets and improve connectivity. Trade between European countries could also achieve a boost from this improved connectivity, especially for trade between small- and medium-sized companies in Europe.