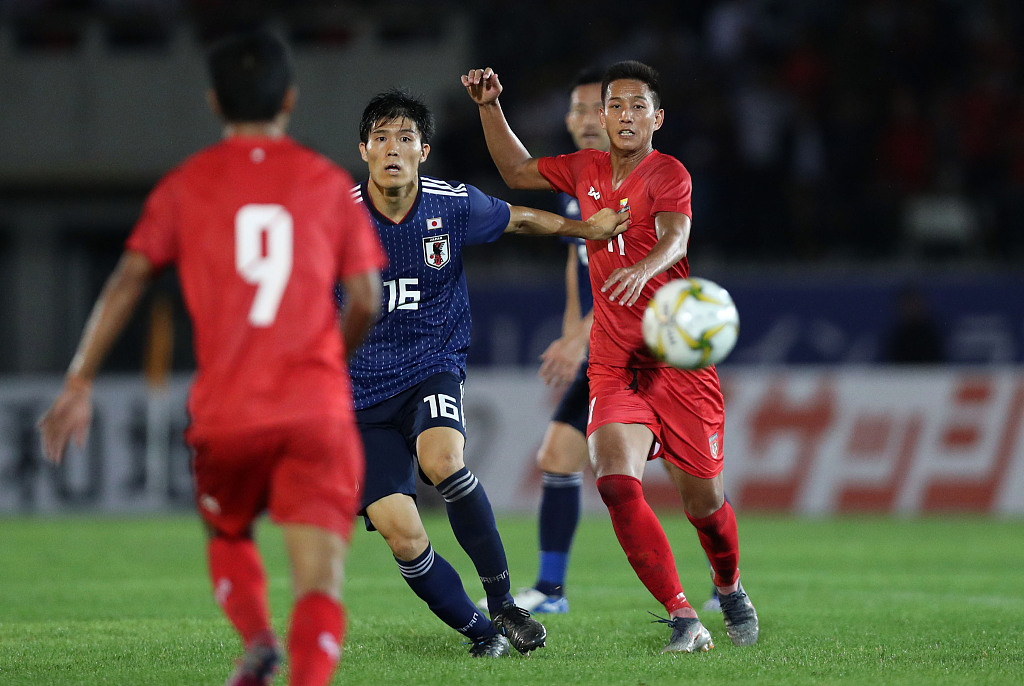 Myanmar's defeat leaves them bottom of Group F, having also been beaten 1-0 by Mongolia in their opening fixture last Thursday.

Japan began the match on the front foot and took an early lead through Nakajima, who cut in from the left before curling a 25-yard effort into the far corner.

Moments later it was 2-0. Ritsu Doan supplied an unmarked Minamino, who found the net with a header in the 26th minute.

Into the second half, Japan should have extended their lead further, but substitute Junya Ito lobbed the ball straight into the arms of Myanmar goalkeeper Zin Phyo after being put clean through on goal.

Japan's next match is a home to Mongolia on October 10, while Myanmar face a trip to Kyrgyzstan on the same day.