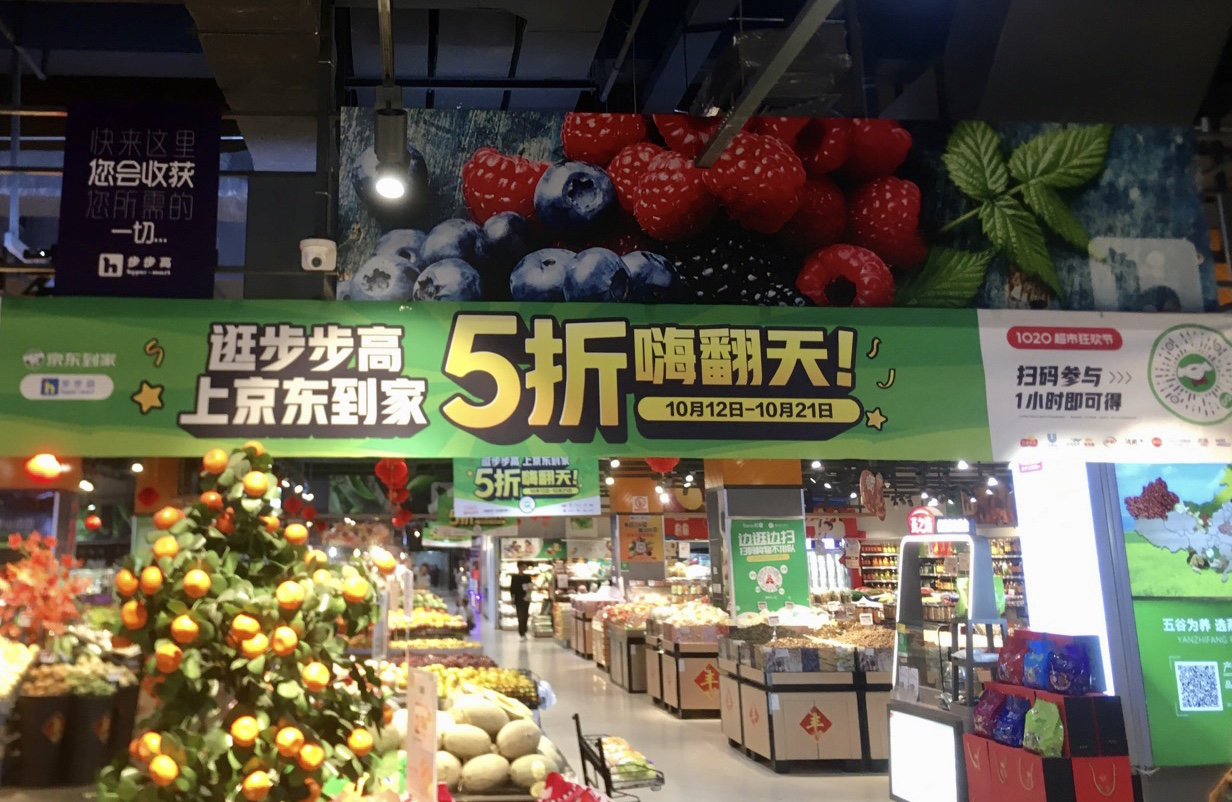 This year, the festival, which covered more than 1,000 cities and counties in China for the first time, offered promotions to consumers across the country, and drove activity on the JDDJ platform for supermarkets and other retailers. Internally-collected data showed that refrigerated goods, produce, grains and oil, cosmetics, and snack foods were the top five sales categories at this year's festival.

Lower-tier markets continue to be a major driver of JDDJ’s growth, and sales in tier-three and tier-four cities during the festival were 4.4 times higher compared to last year. Many tier-three and tier-four cities, such as Zhanjiang and Maoming in Guangdong, Mianyang in Sichuang, and Guilin in Guangxi, showed strong consumption trends equivalent to that of tier-one cities. According to JDDJ data, imported oils, milk powder, and skin care products were the most popular products in lower-tier cities this year. The peak day sales of some lower-tier cities, such as Jiangmen in Guangdong, Guigang in Guangxi, Xianning in Hubei, and Honghe in Yunnan were more than five times their daily average sales in June.

Many major supermarket chains participated in the festival, including Walmart, CR Vanguard and Yonghui. All Walmart stores in China joined the 1020 Shopping Festival this year, delivering the highest number of sales out of all of JDDJ’s retailers. Walmart’s prevalence has been growing in China’s tier-one cities and the number of single-day online orders in many Walmart stores exceeded 1,000. A new record of more than 1,600 CR Vanguard stores also participated in the festival for the first time, boosting the chain’s sales by two-and-a-half times over last year.