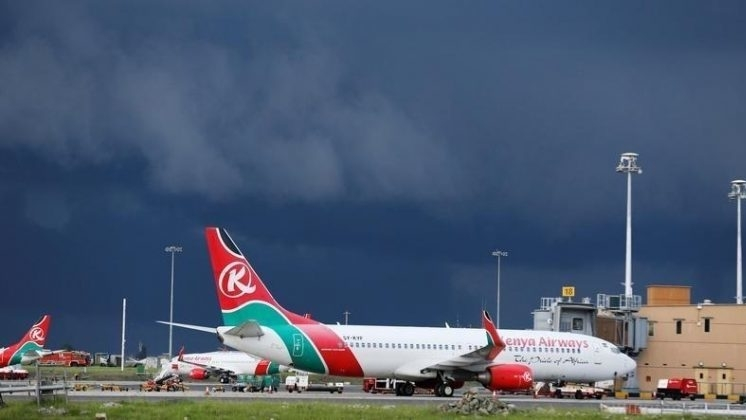 Its first-half pretax loss has more than doubled from 2018’s mark to 8.56 billion Kenyan shillings ($83 million).

The Kenyan government voted in July to re-nationalize the airline to save it from mounting debt. The government plans to buy out minority shareholders including Air France-KLM’s (AIRF.PA) 7.8 percent stake.

The carrier said its first-half revenue rose 12.2% from a year earlier to 58.55 billion shillings, which Chief Financial Officer Hellen Mathuka attributed to the launch of new routes and more frequent flights.

However, the airline’s operating costs rose to 61.45 billion shillings, from 53.22 billion shillings in the same period last year. That was partly due to two Boeing 787 planes that had been sub-leased to Oman Air being returned during the first half of the year, she said.

The government will take at least 21 months to take back full control of Kenya Airways, buying out minority shareholders and converting shares held by banks into Treasury bonds, a lawmaker briefed on the transaction told Reuters in July.