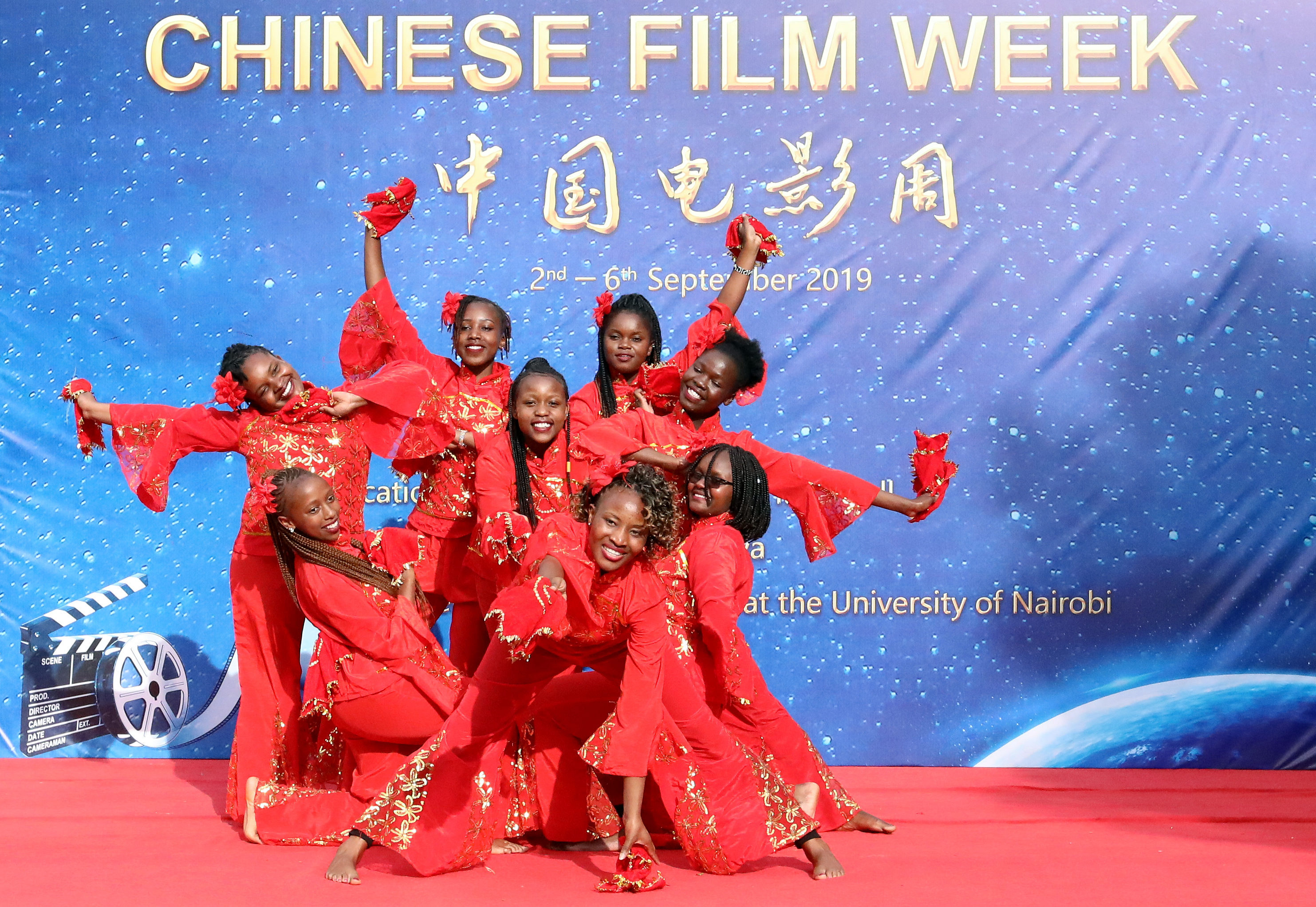 Students perform during the opening ceremony of the Chinese Film Week at the University of Nairobi, Kenya, on Sept. 2, 2019. (Photo: Xinhua)

Kenya has launched Chinese Film Week in its capital Nairobi in a move to enhance Kenya-China cultural cooperation. Ten popular Chinese films are to be provided for free viewing during the event that ends on September 6.

NAIROBI, Sept. 3 (Xinhua) -- Kenya on Monday launched the Chinese Film Week, the first of its kind in the East African country to boost cultural cooperation between the two countries.

During Sept. 2-6, Kenyans will watch 10 popular Chinese movies for free.

Joe Mucheru, cabinet secretary for the Ministry of Information Communication and Technology, vowed to enhance cooperation between Kenya and China in the field of culture in general.

The event will showcase Chinese films of different genre, ranging from action, comedy, romance to drama.

Mucheru said that the Chinese government has made efforts to ensure that Chinese history and culture is preserved and correctly depicted in film, adding that "Kenya will also continue to invest so that its culture and history is also put in films."

The government official said that during his visit to China last year, he held talks with Chinese officials and both parties agreed to cooperate in the production of films.

"This collaboration will help us grow in the area of jobs, skills, and technology in film production," he added. 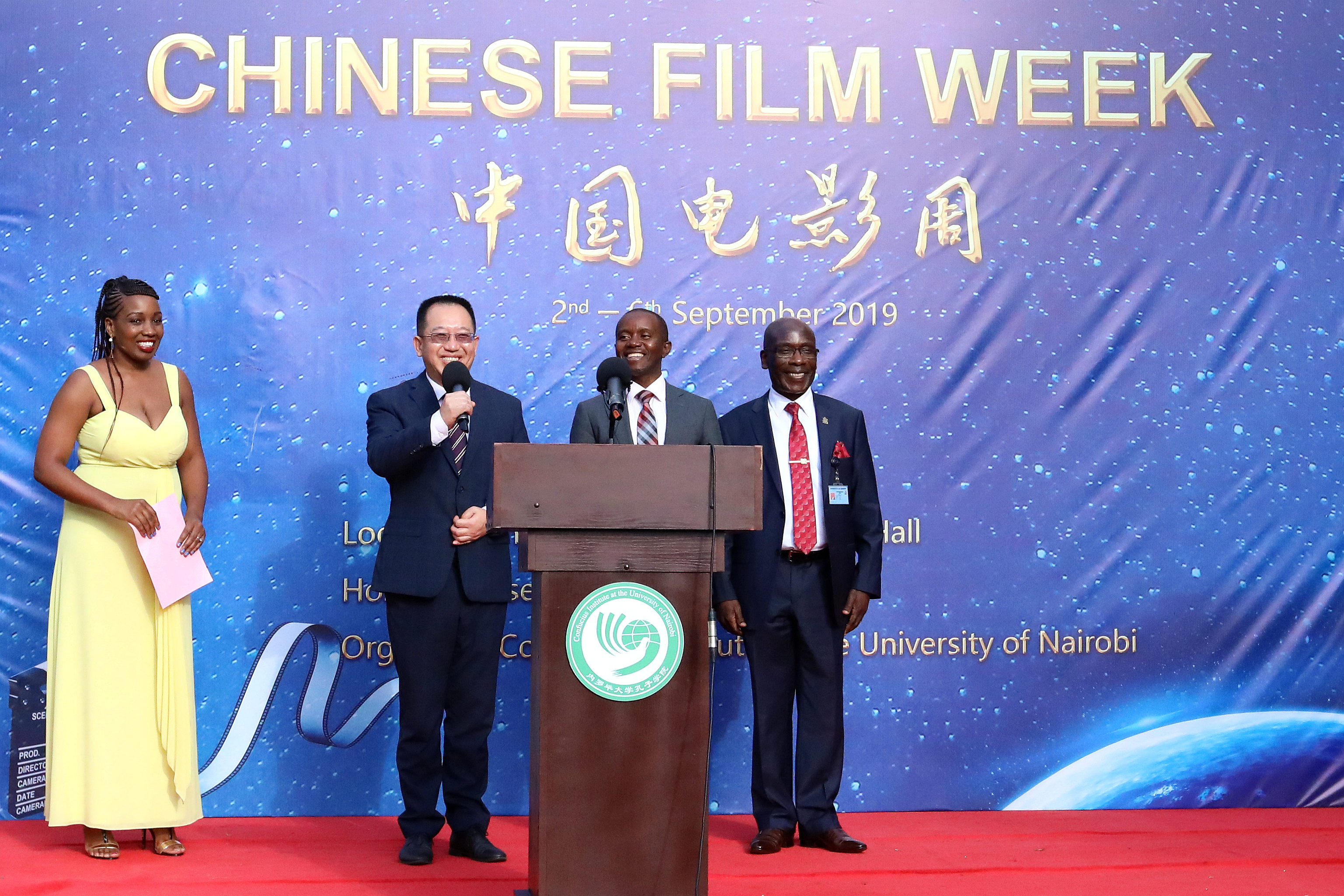 The opening ceremony of the Chinese Film Week is held at the University of Nairobi in Nairobi, Capital of Kenya, on Sept. 2, 2019. Kenya on Monday launched the Chinese Film Week, the first of its kind in the east African country, to boost cultural cooperation between the two countries. (Photo: Xinhua)

The Economic and Commercial Counselor of Chinese Embassy in Kenya Guo Ce said the Chinese Film Week in Nairobi is one of the events celebrating the 70th founding anniversary of the People's Republic of China.

He noted that the purpose of the film week is to enhance people to people understanding between the two counties.

The Chinese diplomat said that the film sector is important because it reflects a country's history, philosophy, and values.

According to Guo, by now, the film sector has become an important component of the creative industry in China and it has emerged as the second-largest film market in the world.

Ogeng'o Julius, deputy vice-chancellor of the University of Nairobi, said that the Chinese Film Week provides an opportunity for Kenyans to explore and appreciate Chinese films.

He noted that the rapid growth of the Chinese film industry has attracted the attention of Kenyan universities where talent is developed.