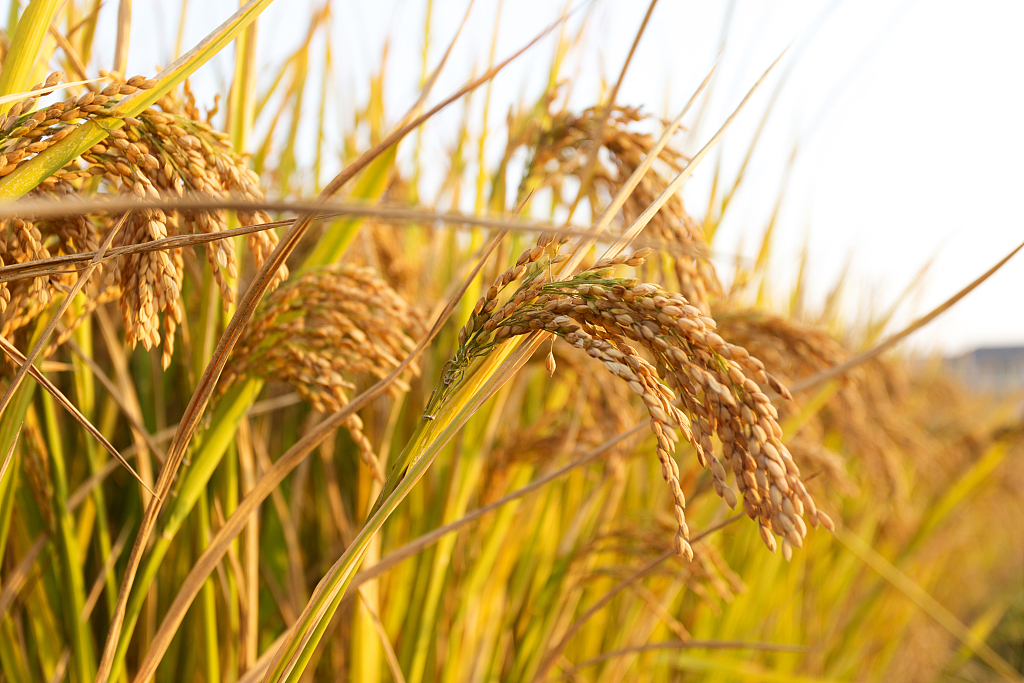 NAIROBI, Aug. 18 (Xinhua) -- Mercy Nyokabi wades through a swampy ground trying to chase away a flock of birds having a field day on her farm in rice growing region of Mwea in Central Kenya.

Nyokabi who inherited the rice farm from her parents, said dwindling harvests have been her biggest nightmare. She partly blames the birds but she believes that erratic weather also contributes to the woe.

"The last two years have been the hardest, I barely get a ton from an acre piece of land yet a few years ago we used to get over 30 tons from the same piece of land. This area is suitable for rice farming which makes it hard for us to switch to other crops," said Nyokabi.

Her woes are likely to be eased as Yara, a global fertilizer manufacturer together with the Kenya's Irrigation Board have commissioned a research to establish the cause of the declining rice harvests.

The investigations are aimed at finding out the amount of damage caused by fertilizers and farm chemicals in the rice growing regions.

For instance, Nyokabi still follows the same script her parents used decades ago which Kefa Maranga, an agronomist with Yara attributes to the prevailing situation.

"All what the rice growers are complaining about is as a result of rising soil acidity due to continued use of fertilizers and general poor farming ethic," said Maranga.

He pointed out that continued use of farm chemicals erodes soil of some of the crucial nutrients that plants need for growth and maximum production.

"When crops are starved of this nutrients they tend to stunt and the few that mature produce poorly which is evident in most of the farms here in Mwea. Most crops have a yellowish look which is a clear sign of unhealthy soils, we hope the investigations will lead us to a solution soon," he added.

Notably, most rice farmers in the region use ammonium-based fertilizers that also have high amounts of sulphur which acidifies the soil after continued use for a long time.

"Most fertilizers the farmers use have as high as 24 per cent of sulphur compared to the required 5.5 per cent. These chemicals have been piling up in the soil which I think is the greatest threat to the farmers right now," said Maranga.

Despite Kenya having the capacity to produce enough rice to meet the current demand, the country relies heavily on imports from Pakistan, Vietnam, Thailand and India.