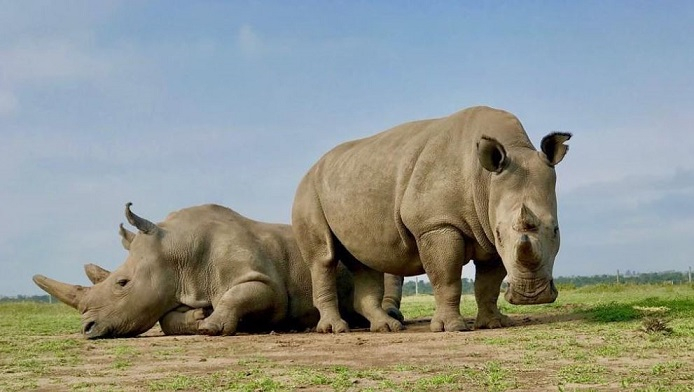 Kenya Wildlife Service (KWS) rangers are pursuing poachers who killed a black rhino at the Aberdare National Park in Nyeri.

The three-year-old rhino had its horn sawed off in the Sunday night incident and the carcass was discovered on Monday afternoon.

The park now has only six black rhinos left alive.

Authorities say that a gunshot was heard coming from inside the park prompting an overnight patrol by KWS rangers.

KWS Assistant Director Simon Gitau told the Nation that the overnight search did not yield any results in tracking down the poachers or rhinos.

“The matter is under investigation.” Mr. Gitau said.

It is not clear how the poachers managed to escape unseen but authorities say they are pursuing leads.

As of Monday evening, central region security officials were holed up in a meeting to assess the situation as armed rangers were deployed to commence a search for the rhino horn and poachers.

So far no arrests have been made.

At the Geneva conference, Kenya and Nigeria successfully led opposition of a proposal by Namibia and eSwati (formerly Swaziland) to loosen restrictions on trade in live Southern White Rhino’s and rhino parts.

Kenya has a population of slightly over 750 black rhinos.

KWS data shows that the black rhino population increased from 350 in 1983 when the population was at its lowest in the country as a result of poaching.