VIENTIANE, July 23 (Xinhua) - The Lao government has given the green light for Chinese companies to develop trade-facilitation related infrastructure and invest in agriculture with a view to bolstering exports to China. 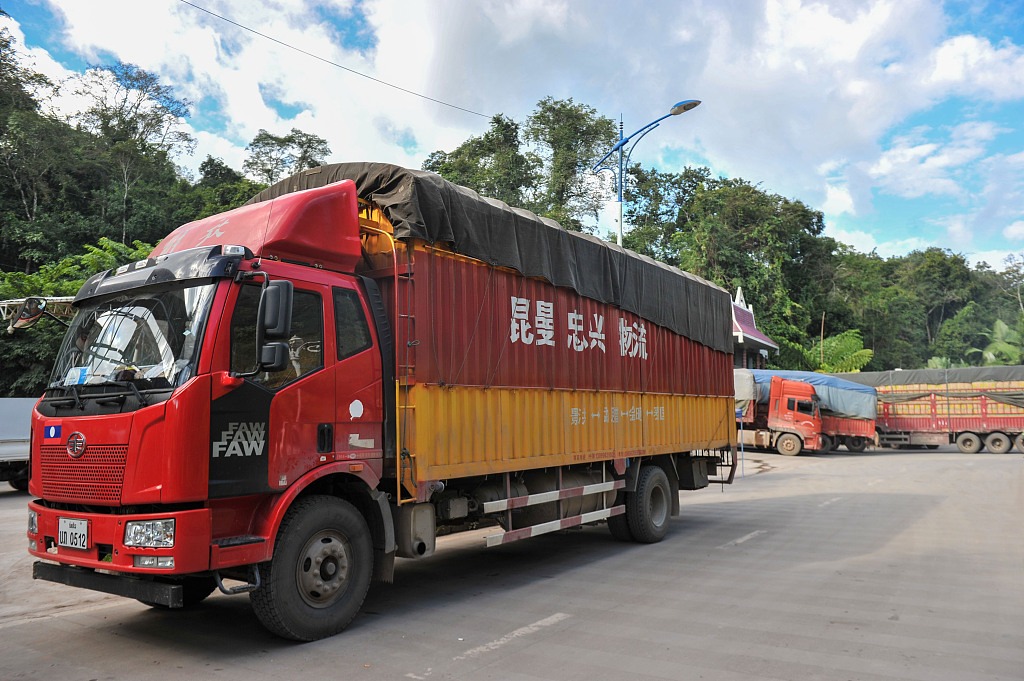 The move is part of the Lao government's preparations to capitalize on the 5.9-million-U.S. dollar Laos-China railway project, which is slated for completion in 2021. Laos is currently building the nation's biggest modern warehouse in Vientiane, local daily Vientiane Times on Tuesday quoted Lao Minister of Agriculture and Forestry Lien Thikeo as saying.

"The cost of this project amounts to hundreds of millions of U.S. dollars. The first phase of construction will cost as much as 140 million U.S. dollars," Lien said.

"We have met with the developers of the railway to discuss the possibility of building a 2-km rail track to connect to the warehouse," he added.

The government signed a Memorandum of Understanding with a Chinese company to carry out a feasibility study regarding the construction of the warehouse in 2017.

China has also agreed to help Laos build a rubber research center in Xaythany district, Vientiane, to certify the quality of rubber produced in Laos before export to China.

The government has also partnered with Chinese companies to build a plant and animal quarantine station in Luang Namtha province, which borders China in the north, to ensure that crops grown in Laos can be certified and are acceptable to the Chinese market, said the report.

The Ministry of Agriculture and Forestry has adjusted its policy on farming and urging crop diversification so that more crops are available for export.

"We will not just grow one particular crop but will grow several crops concurrently based on market demand," Lien said.