VIENTIANE, July 4 (Xinhua) -- The China-Laos railway will create thousands of local jobs when the project becomes operational in 2021, a Lao government official said. 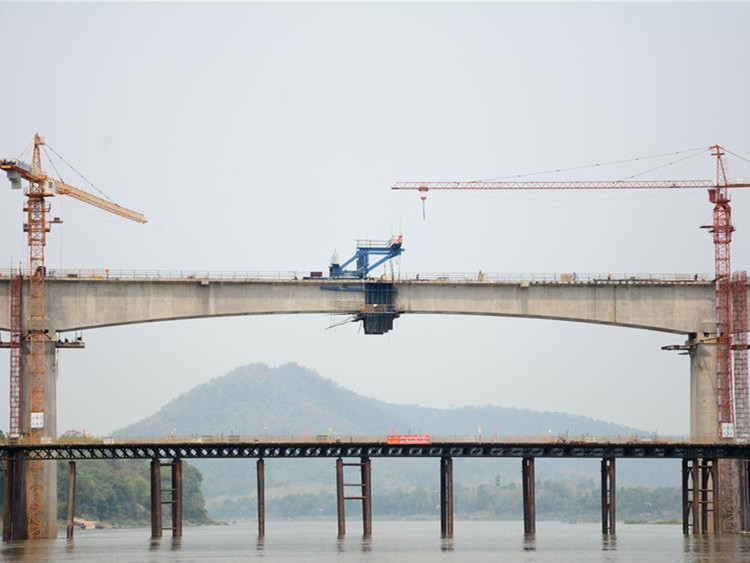 Accordingly, the Lao government is planning to build a Lao railway vocational technical college with assistance from China to train and supply professional railway personnel.

Lao Deputy Minister of Education and Sports Kongsy Sengmany told Lao media that the college is in the design stage and will be finalized soon.

"We think project construction will commence by the end of the year," he was quoted by local daily Vientiane Times on Thursday as saying.

Kongsy said construction of the facility, to be located near the National Stadium in Lao capital Vientiane, would take two years.

Lao Ministry of Education and Sports has sent more than 30 teachers for training in China as part of preparations for the new Lao railway vocational technical college.

"One kilometer of the railway will require 15 people - including engineers and technicians for internal services and computers," he said.

Kongsy said the vocational technical college would help prepare skilled laborers and ensure local people could be employed in the railway project that will link Lao capital Vientiane to the Laos-China border.Once operational, the college will comprise six courses and will accept about 300 students a year. Students will learn all aspects relating to the running of railway machinery, including driving trains, services at stations, as well as electrical repairs and maintenance.

The 414-km China-Laos railway runs from Boten border gate in northern Laos to the capital Vientiane within an operating speed of 160 km per hour.