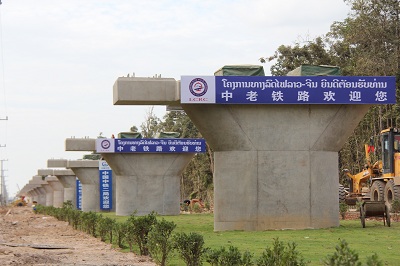 A 7.5-kilometer-long bridge is under construction in Vientiane, Laos. Photo: Sun Guangyong/People's Daily

“As a Chinese saying puts it, ‘Build the roads first if you want to prosper’. What now in Lao people’s mind is to build railways and the China-Laos railway is our way to prosperity,” said Vichit Xindavong, an assistant minister of Laos Ministry of Planning and Investment.

The Boten-Vientiane railway program is part of the China-Laos railway project, with the China part, about 91 kilometers, links Yunnan Province’s Yuxi with Mohan – the Chinese city which borders Boten of Laos. 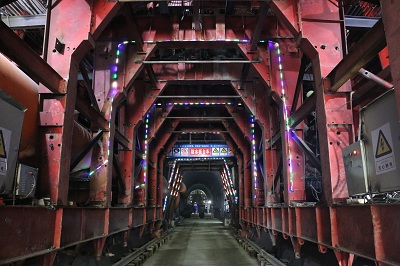 A tunnel on the China-Laos railway is under construction. Photo: Coutesy of China Railway

About 80 percent of Lao territory are mountains and plateaus, which make the transportation rather inconvenient in the country.

“Many parts of the China-Laos railway are groundbreaking and of exemplary significance for Laos,” said an official from the China Railway company, who is supervising the project.

The railway program is a part of the key projects under the Belt and Road initiative.