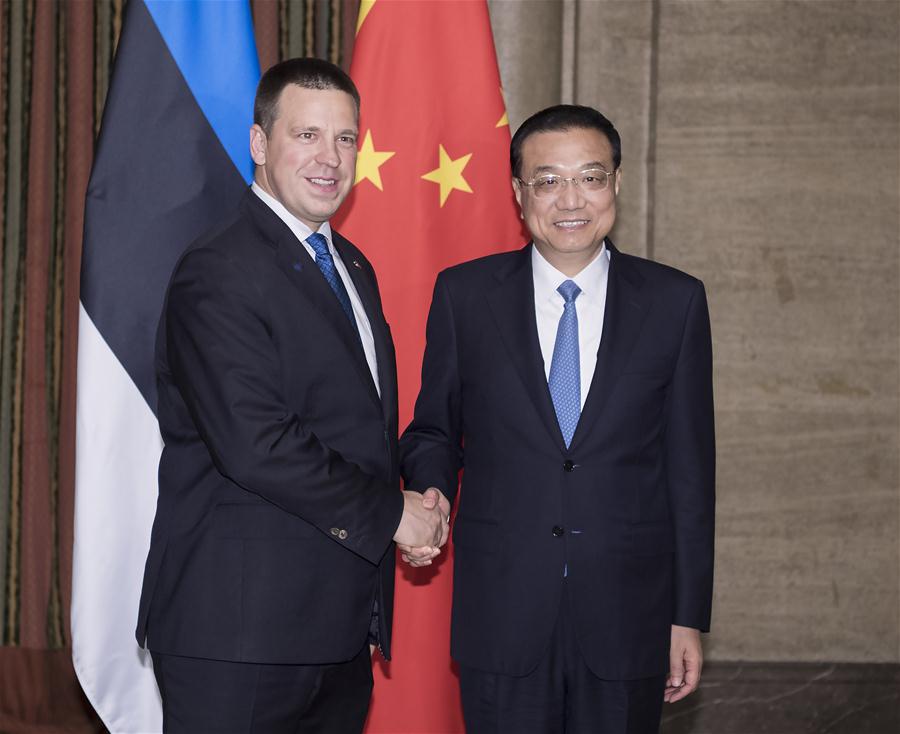 Estonia is welcome to participate in the China-Europe Railway Express, which links provinces in China and the European continent, and strengthen cooperation with China in agriculture and logistics, Premier Li Keqiang said when meeting with Estonian Prime Minister Juri Ratas on Friday in Sofia, capital of Bulgaria.

Li and Ratas will attend the seventh Leaders' Meeting of China and Central and Eastern European Countries on Saturday, along with leaders from 15 other CEE nations.

Li congratulated Ratas on the 100th anniversary of the founding of the Republic of Estonia this year. He said China would like to have closer high-level exchanges with the Baltic country and consolidate political trust between them.

China appreciates Estonia's active alignment with the Belt and Road Initiative, and both countries have made progress in fields such as energy, new business models and third-party market cooperation, Li said.

China also supports its e-commerce companies in boosting cooperation with Estonia, the premier said, and hopes traditional friendship can be further developed while the two countries strengthen people-to-people exchanges.

Ratas said bilateral cooperation in energy and third-party markets has proceeded well, and his country is willing to work with China on the Belt and Road Initiative, the China-Europe Railway Express, connectivity projects, e-commerce, digitalization and other emerging industries. China is welcome to import more high-quality agricultural products from the Baltic country when they strengthen people-to-people and tourism cooperation, he added.