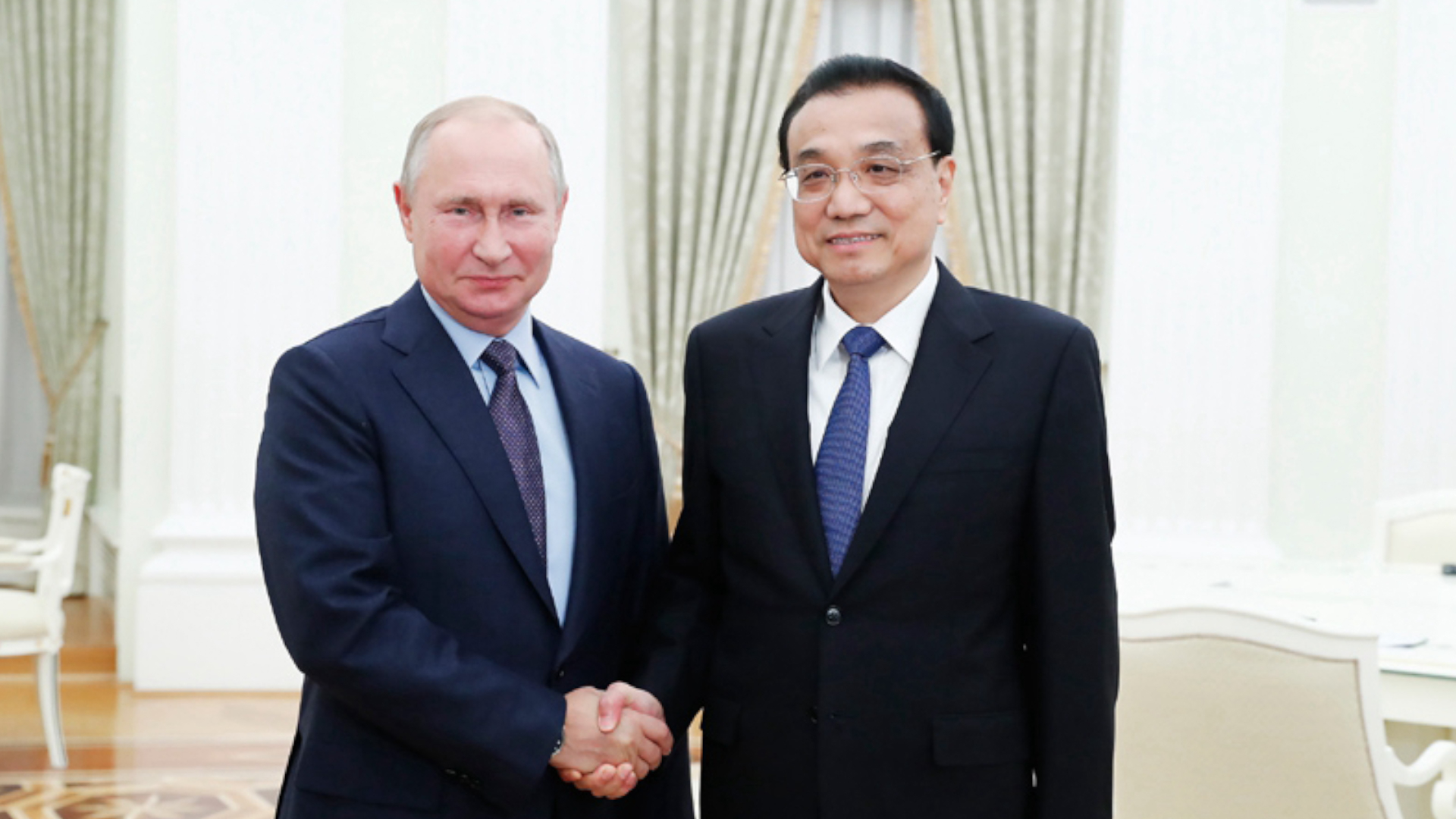 Chinese Premier Li Keqiang vowed to deepen cooperation and enhance exchanges with Russia, stressing that healthy and stable China-Russia relations benefit not only both sides, but also the whole world.

Premier Li made the remarks when meeting with Russian President Vladimir Putin on Wednesday in Moscow during his three-day visit to Russia. In the talks with Russian Prime Minister Dmitry Medvedev on Tuesday, both sides agreed to double bilateral trade volume and further enhance cooperation in trade, energy and other areas.

The Chinese premier hailed the profound friendship between the two countries as this year marks the 70th anniversary of China-Russia diplomatic relations, calling for enhanced cooperation and joint efforts to uphold the international system with the United Nations at its core as well as the multilateral trading system centered on the World Trade Organization. 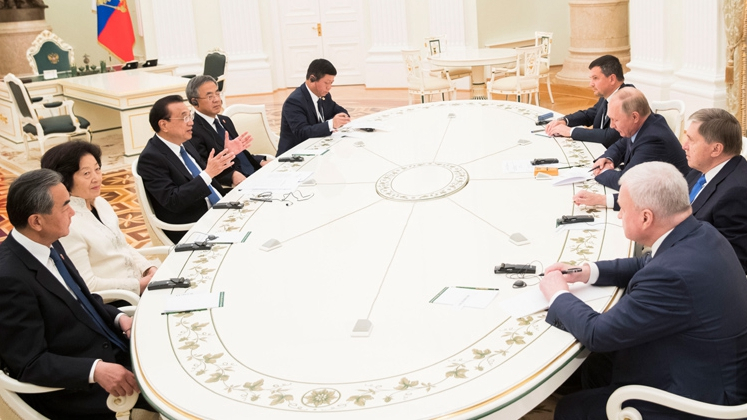 The bilateral cooperation boasts a broad future, Li noted, stressing that China stands ready to better align the Belt and Road Initiative (BRI) with the Eurasian Economic Union, so as to maintain the growing momentum of bilateral trade and improve the level and quality of trade at the same time.

Li said that China's further opening-up will bring more opportunities to foreign enterprises, including those in Russia. He invited Russian companies to seize the opportunity and invest in China while promising to ease market access and restrictions on investment.

Putin, for his part, extended his congratulations to the 70th anniversary of the founding of the People's Republic of China. He said relations with China are a priority in Russia's foreign policy.

Putin welcomed the remarkable achievement made between the two countries in promoting pragmatic cooperation, adding that Russia is willing to better align its development strategy with the BRI and expand bilateral trade.

Apart from meeting with Putin, Li also attended a wreath-laying ceremony at the Tomb of the Unknown Soldiers in Moscow on Wednesday.

Li arrived in Beijing on Thursday, marking an official end to his three-day visit to Russia.

Li's visit, the 24th regular meeting between Chinese and Russian heads of government, comes three months after the two sides upgraded their relations to a comprehensive strategic partnership of coordination for a new era during Chinese President Xi Jinping's visit.