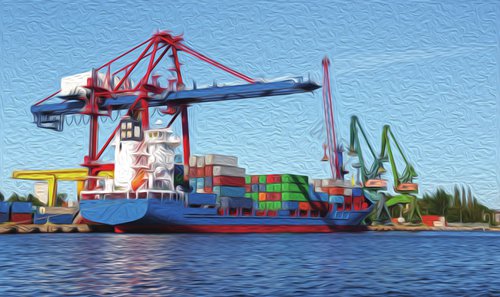 Chinese Premier Li Keqiang is on a visit to Europe. The development of ties with the EU and its member states at the bilateral level is in Beijing's interest. Li's visit began in the Netherlands from where he went to Belgium. Economic opportunities are apparent. China's bilateral trade with the Netherlands reached $78.6 billion and with Belgium $23.2 billion in 2017. Among EU member states, the Netherlands was the largest importer of goods from China in that year. As far as the Netherlands is concerned, it is among the founding members of the Asian Infrastructure Investment Bank while Belgium is expected to join as its application was approved in March 2017. Both countries see potential benefits in the Belt and Road initiative. For example, train services link the countries to China. Two years ago, a service launched by the Chinese rail operator CDIRS started to connect Tilburg and Rotterdam with Chengdu. And a few months ago another one connecting Yiwu to Amsterdam was inaugurated. The Belgian port of Antwerp is connected to Tangshan, a city 200 kilometers from Beijing.Moreover, Chinese investments in the two countries are important. The Netherlands offers good opportunities for Chinese companies in information and communications technology, agriculture, energy and the food sector. Belgium also provides similar opportunities in the banking and insurance sectors. But Chinese investments in key infrastructure cannot be ignored in this country. The shipping giant COSCO has bought stakes in the ports of Antwerp and Zeebrugge. The recent concession agreement between COSCO and the port of Zeebrugge has attracted international attention as the latter constitutes the major gateway to Belgium and is a key hub port in northwestern Europe. Moreover, the Netherlands and Belgium are interested in expanding their business presence in China. As long as the country continues its reform and opening-up, this is feasible. Recently, a Dutch start-up, for instance, signed a $1.85 billion deal to build a new storage battery plant in China. The presence of Li is encouraging Dutch and Belgian companies to benefit by Beijing's open economic approach. As he has reiterated, China is willing to create a market-oriented, legal and international business environment for all countries and enterprises of various ownerships. In addition, Li is attending the 12th Asia-Europe (ASEM) meeting in Brussels. One of the themes on the agenda is connectivity. The EU is promoting its new strategy aimed at enhancing its role in the Belt and Road initiative and demanding a level playing field. The Chinese delegation can see this development positively for two reasons. First, it paves the way for new synergies between the sides involved. Second, it is synchronized with the scope of China's reform and opening-up process. Discussions are not easy but might be constructive in the medium term.From another perspective, the ASEM meeting outlines China's responsible role in preserving a multilateral trading system, promoting free and fair trade and upholding rules-based multilateralism and free trade system. The absence of the US is bringing Asian and European countries closer. Despite differences, participants are able to join hands and address the common challenges of mankind. Beyond the economy, themes of discussion include climate change and sustainable development. Security is also part of it. Cooperation against terrorism and cybercrime should rather unite participants instead of leading to serious differences. Li's European tour reflects the nature of China's diplomacy. While China is improving relations with numerous countries - in this case the Netherlands and Belgium - it is paying equal attention to closer international cooperation. Although it has certainly expanded its footprint in the Asia-Europe region, it seeks more partnerships and better reception. The Belt and Road initiative is inclusive. It cannot function well amid suspicious behavior and hostile actions.