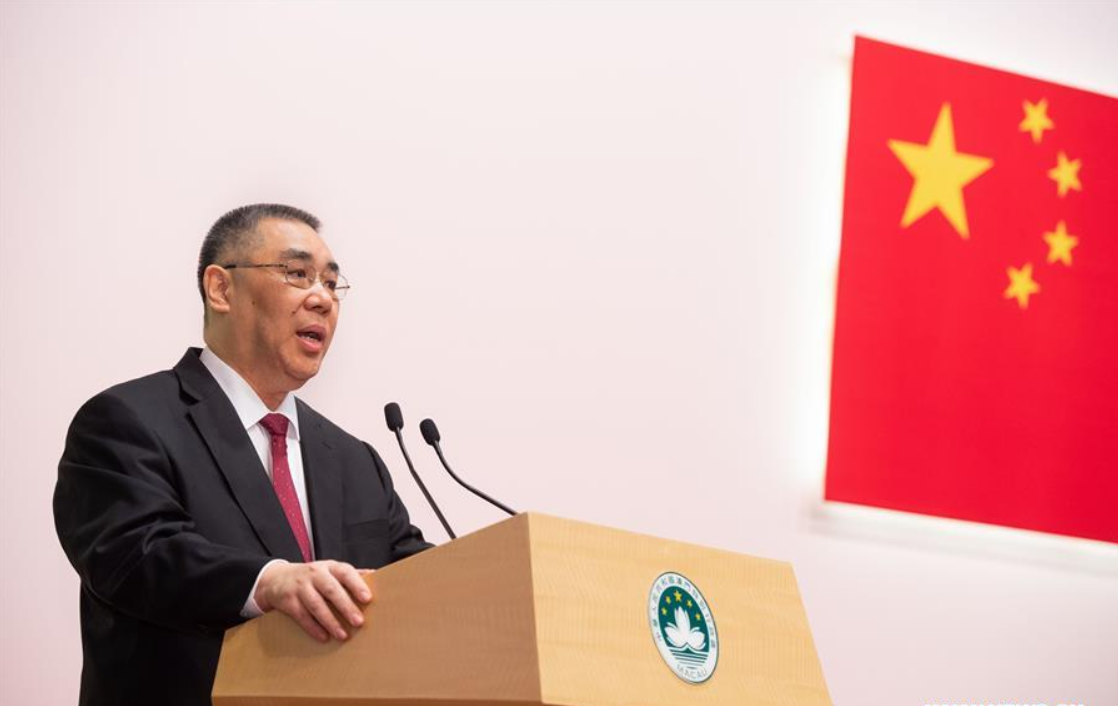 Chief Executive of the Macao Special Administrative Region (SAR) Chui Sai On addresses a reception to celebrate the 19th anniversary of Macao's return to the motherland in Macao, south China, Dec. 20, 2018. (Photo: Xinhua)

MACAO, Dec. 20 (Xinhua) -- China's Macao Special Administrative Region (SAR) was to further participate in the country's reform and opening-up process, and to further integrate into the national development, Chief Executive of the Macao SAR Chui Sai On said on Thursday.

The Macao SAR government has strictly adhered to the Constitution and the Macao SAR Basic Law in the past 19 years, and the policy of "one country, two systems" was fully implemented in the Macao SAR, Chui said at a reception event marking the 19th anniversary of Macao's returning to the motherland.

The SAR government would fully participate in and support the development of the Belt and Road Initiative, and to further integrate into the national development, he noted.

Macao has also set up a working committee for the development of the Guangdong-Hong Kong-Macao Greater Bay Area, so as to promote the SAR's integration into the area and improve the livelihood of its people, Chui said.