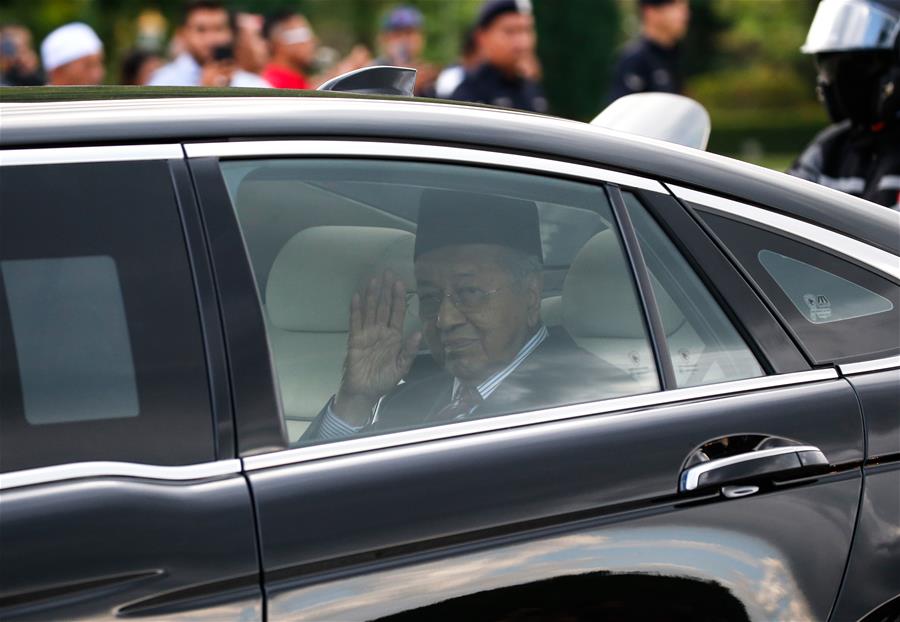 King Sultan Abdullah Sultan Ahmad Shah, who served as the ceremonial Malaysian head of state, also appointed Mahathir to serve as the interim prime minister until a new one could be appointed to the position according to constitutional provisions, he said.

The Prime Minister's Office said earlier in the day that the 94-year-old has tendered his resignation.

"Mahathir Mohamad had sent a letter of resignation as Prime Minister of Malaysia today," the Office said in a statement.

Mahathir himself has neither spoken publicly since announcing his resignation nor provided any reason or explanation for doing so.

Earlier the president of Mahathir's Parti Pribumi Bersatu Malaysia (PPBM), which was one of the four component parties of the ruling Pakatan Harapan (PH) coalition, said the party was leaving the coalition.

The developments come amid the intense speculation that a possible political realignment was being planned, with several political parties, including the opposition, holding meetings on Sunday.