Port performance is usually seen as the indicator of economic conditions. Although the transport industry has been seriously affected by the coronavirus outbreak, the overall resumption rate of port enterprises was relatively higher among other equivalents in the sector, China's ministry of transport said last month. 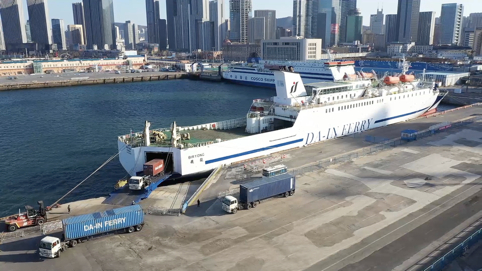 In northeastern China's Liaoning, the resumption rate of Liaoning Port Group, which operates some of the major ports in the province, has exceeded 97 percent. Some of the busy shipping routes are also back in action, which means a gradual return to healthy business for one of the nation's biggest ports.

After closing for weeks amid the outbreak, the roll-on, roll-off shipping route between Dalian and Incheon is open once again. 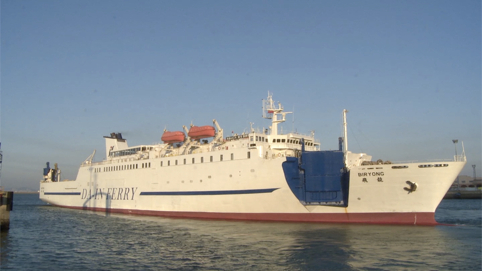 But in mid February, several world-famous liner companies had cancelled or skipped cruises, according to Yu Bing, the operations manager of Dalian Container Terminal Company. Four shipping companies at Dalian port were said to have cancelled cruises, while some others have reduced trips and volume. "The impact of the outbreak on shipping was obvious," said Yu.

Their reactions include opening up the market and new routes. Recently, the port group has opened a new freight train from Zhaodong to Dalian port, which takes over 45 containers, 1,200 tons of goods from China's northernmost province, Heilongjiang, to South Korea, Japan, Denmark, Brazil and more regions by sea. This is the first foreign trade container train opened by Liaoning Port Group this year, which aims to help grain processing firms in Heilongjiang affected by traffic restrictions, while also boosting export trade. 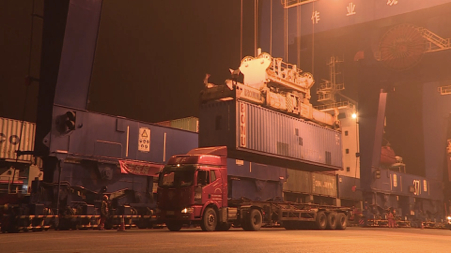 To avoid overstock and ensure the smooth flow of containers at the port,  Dalian container terminal has been operating 24 hours a day during the outbreak. "Our front-line personnel have all returned to work now, so that production can be guaranteed," said Yu. The operators have also adopted measures like electronic release of cargo and containers to simplify procedures. And they have worked closely with the customs and other regulatory departments to increase the processing efficiency of import and export inspections and release. 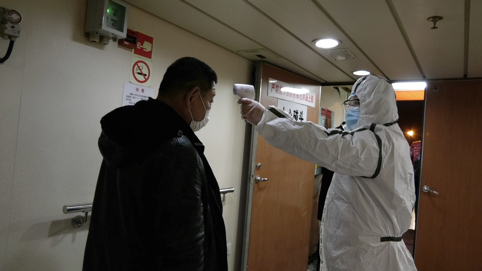 Staff checks body temperature of passengers arriving at the port.

All units at the port strictly balance epidemic control and production. Earlier, Liaoning Port Group opened a green channel to speed up clearance for emergency medical supplies. Considering the global outbreak of coronavirus nowadays, ports in Liaoning province which serve as the gateway to Japan and South Korea, have strengthened efforts to keep imported infections at bay.

"We work closely with the anti-epidemic department at the port to immediately report any infected people on ships. As for normal business, for example, we will ask our agents to conduct self-inspections and report their health conditions. We ask our workers getting on board to wear protective equipment to avoid cross-infection," said Yu. 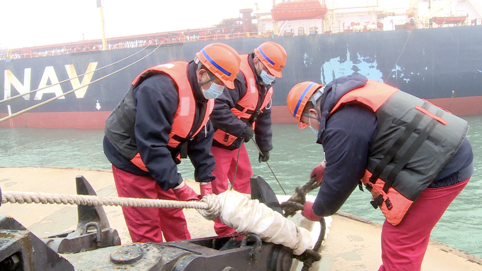 The overall cargo throughput of Liaoning Port Group is reported to have exceeded 60 million tons by mid February, still maintaining a year-on-year growth in the first month of this year. Ore, crude oil, and other cargo have seen positive growth despite the epidemic. Performance of super-sized ships and cold chain logistics have also been prominent.

However, data suggest that the ongoing global epidemic and travel, trade control could continue to challenge domestic port production in the first quarter and even the second quarter, especially in terms of exports. As the largest container hub in northeastern China, ports in Liaoning seem to be no exception.

While experts believe ports in southern China that mostly relying on labor-intensive goods could face bigger challenges, Liao Port Group say they are still striving to achieve the annual performance targets, given the gradual recovery of production and consumption, as well as macroeconomic stimulus policies.