The annual sessions of China's top legislative and advisory bodies to be held in early March are of particular importance this year, as the country has officially announced its entry into a new era. 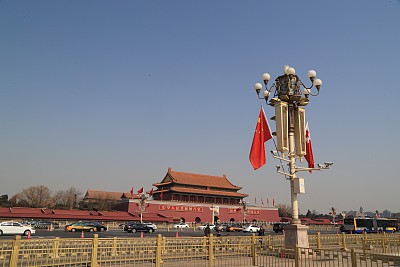 The two sessions this year will be the first annual sessions opened under the guidance of Xi Jinping Thought on Socialism with Chinese Characteristics for a New Era. 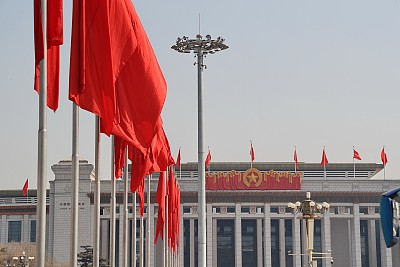 A number of topics are of interest to the public:

The proposal of writing Xi Jinping Thought on Socialism with Chinese Characteristics for a New Era into the country's fundamental law will get much attention during the two sessions. The thought, which was set at the 19th National Congress of the Communist Party of China (CPC) last October, has become the guideline for China's new development.

A new national supervisory platform is expected to be introduced, as China is spearheading a pilot reform of supervisory systems, with supervisory commissions being established at provincial, city, and county levels. Sharing offices and staff with CPC discipline inspectors, the new commissions will incorporate existing supervisory, corruption prevention and control agencies within government and procuratorates. With a complete supervisory network over all state functionaries under the Party's leadership, China can create a new anti-corruption model.

Analysts believe the economic growth target this year will be somewhat on par with that of last year. But the growth, among the fastest in the world, can not change the fact that China is still a developing country, given that its per capita GDP lags far behind that of developed countries. China's economic growth will bring opportunities for the rest of the world, but what exactly? The answer will be found in the two sessions.

China aims to eliminate absolute poverty by 2020 before becoming a moderately prosperous society. China has lifted 68.53 million people out of poverty over the past five years, which is equivalent to an annual reduction of at least 13 million. The country's poverty rate dropped from 10.2 percent in 2012 to 3.1 percent in 2017. Despite this progress, there were around 30 million Chinese living below the national poverty line at the end of last year.

-- Role of the Constitution

Major theoretical achievements, principles, and policies adopted at the 19th CPC National Congress are to be incorporated into the upcoming revision to the Constitution, so as to keep pace with the times and improve the Constitution while maintaining its consistency, stability and authority since it was last amended in 2004.

A stronger social security system will not only improve the well-being of Chinese people, but also boost individual consumption and reduce the dependence of China's economic growth on exports. President Xi said recently the issues that concern the people most -- education, jobs, health care, social security and order -- should be properly dealt with to let the people feel richer, happier, and safer. New policies concerning the people's livelihood may be released.

China has started a national defense and military reform in an effort to have a stronger military to better safeguard peace. China's defense budget and new reform measures concerning army building are to receive attention.

-- A community with shared future for humanity

China champions the development of a community with a shared future for humanity, and has encouraged the evolution of the global governance system. The Belt and Road Initiative, part of China's efforts to boost the development of such a community, may continue to be a hot topic at the annual sessions and new measures may be formed.