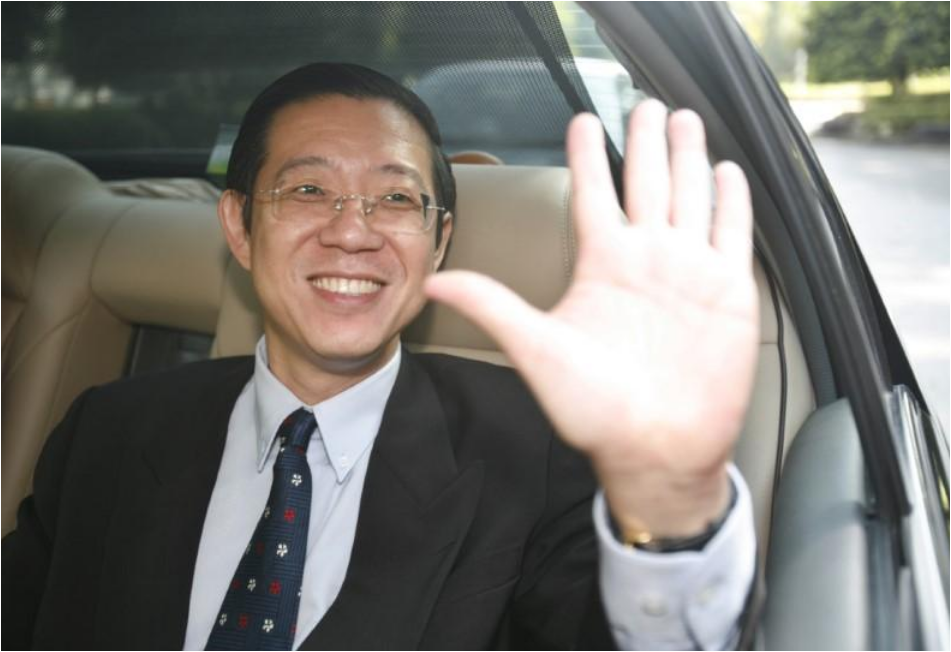 Mahathir announced three top cabinet posts on Saturday, including Lim Guan Eng, a former banker and chartered accountant, as finance minister. It was only the second time in the country’s six decades since independence that the post has gone to a person from the ethnic Chinese minority.

The portfolio was previously headed by ousted Prime Minister Najib Razak, who was handed a thumping defeat by Mahathir’s alliance in Wednesday’s general election.

Lim, 58, is best known in Malaysia for being the chief minister of Penang, the second richest state in the country and home to a popular tourist island and industrial port.

But economic analysts say he may need more than that at a time the country needs to make sweeping economic and fiscal reforms and reassure markets that the political change will not have an economic impact.

Malaysian markets have been closed since the election, but overseas investors have been nervous of what lies ahead because of Mahathir’s populist promises.

As finance minister, Lim will be expected to oversee the new government’s plan to repeal a deeply unpopular goods and services tax, which it has promised to do within the first 100 days. He will also have to manage the revenue shortfall that will cause.

But he added: “He will have to work quickly to broaden ties with the international financial community.”

Some analysts said Lim had built a good reputation as an economic manager in Penang, which recorded the highest GDP per capita among Malaysian states in 2016.

“By almost all accounts... Guan Eng did a stellar job in rebuilding the finances of Penang,” said Oh Ei Sun, senior adviser for international affairs at the Kuala Lumpur-based Asia Strategy & Leadership Institute.

“He has both the expertise as an accountant and the credibility, especially incorruptibility, to run MOF,” he said, using the acronym for the Ministry of Finance.

Lim was a bitter foe of Mahathir during his earlier 22-year stint as prime minister and was thrown in jail twice. Mahathir jailed Lim during a political crackdown in October 1987 that he said was aimed at preventing racial riots, and again in 1998 under the Sedition Act.

On Saturday, a smiling Lim stood by 92-year-old Mahathir as his appointment was announced.

The prime minister also announced a home affairs minister and a defense minister to take the number in his cabinet to five. Mahathir and Deputy Prime Minister Wan Azizah Wan Ismail, the wife of his jailed ally Anwar Ibrahim, make up the rest.

Lim told reporters after his appointment that the government’s plan was to review all contracts to ensure that jobs and business opportunities for Malaysians were made secure, as well as reduce the financial burden on low-income groups.

“The primary focus will be still on helping those who find it very hard to make ends meet,” he told reporters.

“Our focus will be to see how we can make their lives a little easier.”

In its election manifesto, Mahathir’s alliance had also promised to review foreign investments, including major infrastructure projects that are part of China’s Belt and Road initiative, bring back fuel subsidies, and raise minimum wages.

Lim, a former banker and a qualified chartered accountant, has spent most of his life as a member of the opposition Democratic Action Party (DAP) fighting against the Barisan Nasional alliance, which has never lost an election in Malaysia’s history.

The son of another prominent DAP leader, Lim Kit Siang, he studied economics at Monash University in Australia and was first elected as a member of parliament in 1986.

Lim led the opposition to victory in Penang for the first time in its history in 2008. He was then appointed as the state’s chief minister and has held the position since.