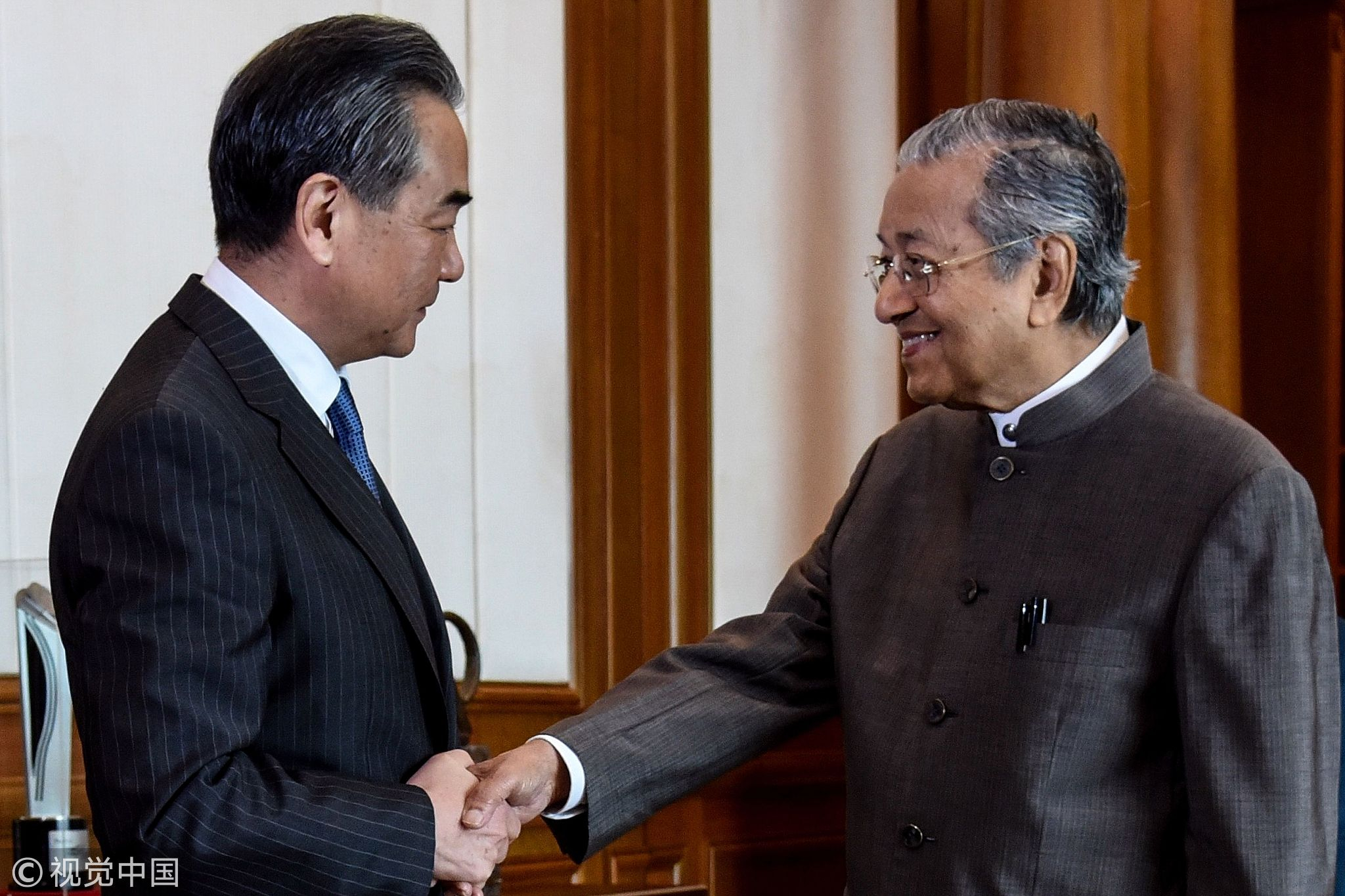 On Wang's part, he said that Mahathir's visit to China will build an even stronger relationship between China and Malaysia, as he "has always been a good friend to China".

Wang also said that China is happy to see the new phenomenon after Mohamad took power and has confidence that Malaysia will play a more active role on the international stage.

Wang also met with Malaysia's Foreign Minister Saifuddin Abdullah, Minister of Finance Lim Guan Eng, Minister of Economic Affairs Azmin Ali, Minister of Transport Anthony Loke and members of the Council of Elders, led by the council's chairman Daim Zainuddin during his two-day visit ahead of the China and the Association of Southeast Asian Nations forum in Singarpore.