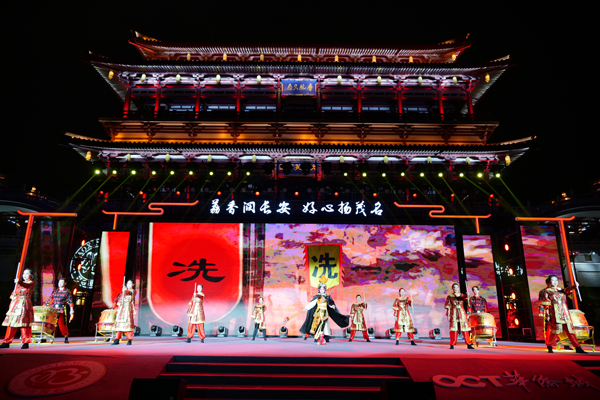 The Madam Xian culture-themed performance of Maoming is staged during the cultural tourism exchange meeting between Maoming and Xi'an on June 6. [Photo provided to chinadaily.com.cn]

"Xi'an is an ancient inland capital with a long history and Maoming is a 'pearl' in the South China Sea with beautiful natural scenery," said Ma Xiliang, member of the standing committee of the CPC Xi'an municipal committee. "The two cities enjoy broad prospects in resource sharing, complementary advantages, as well as cooperation and exchanges in cultural tourism."

Ma also expressed his hopes that Xi'an and Maoming would further deepen exchanges and cooperation in cultural tourism through this event, fully bolster their cultural tourism industries, as well as jointly promote the integrated and sound development of cultural tourism.

"Since ancient times, the two cities have been closely connected by lychees," said Wu Shiwen, deputy mayor of Maoming.

This event aimed to deepen the communication between Maoming and Xi'an in the field of cultural tourism, noted Wu, adding that the two cities will move to the deeper integration and cooperation of their cultural tourism industries.