BRI NEWS Mauritius – A bridge between Africa and China

Mauritius – A bridge between Africa and China 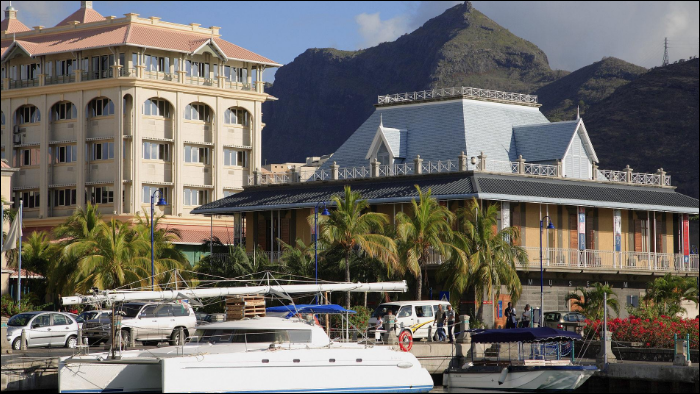 As red lanterns line the streets and families reunite for the Spring Festival in China each year, the island of Mauritius is also abuzz with an air of festivity as it too marks the Lunar New Year according to Chinese tradition.

It is on this basis of strong historical and cultural ties and through concerted efforts to position Mauritius as a conductive business environment and worthy recipient of investment, that the island has sought to act as a bridge between Africa and Asia.

A strong theme that has informed much of the discussion around Mauritius’ role in the global economy has been the idea that it serves as a bridge between Africa and Asia. From the perspective of culture, the many commonalities between Mauritius and Asian countries, including China, bodes well for its compatibility with Asian partners.

One might ask, however, why there is a need for a "bridge between Africa and Asia"? Why is this a compelling proposition in an already highly interconnected world?

The first reason why the discussion on positioning Mauritius as a bridge to Africa, in this case for China, and the growing stream of Chinese investors and travelers to the continent is simply because it has worked over a long period of time to create favorable conditions (perhaps the most favorable in Africa) for commercial players from China and Asia seeking to invest locally, or with the aim of investing in other African countries.

This has manifested in the form of a strong and globally integrated financial system under which various tax burdens, such as the capital gains tax and tax on dividends, are substantially lower than other economies in the region.

The discussion on Mauritius being a commercial bridge to the continent is thus still highly warranted. But how would this feature in the relationship between Mauritius and China, where China already has a strong presence in many Africa countries?

The reality of much of the Chinese commercial activity in Africa is that it is still primarily spearheaded by state-owned enterprises, which have successfully entered the African market without the real and perceived risks of investing and doing business on the continent being too much of a deterrent.

But the perception of risk and sense of uncertainty associated with investing in Africa is still a real barrier for many Chinese firms, particularly private firms without the same capacity to cushion the potential shocks associated with entering an unfamiliar market.

Chinese firms that have become aware of the opportunities that lie in Africa, but are still hesitant to engage in the market, therefore stand to benefit immensely from the wealth of Africa-specific expertise in the Mauritian financial sector. Economies that display the level of attentiveness to the needs of Chinese firms seeking to enter Africa that Mauritius has are important players in advancing healthy cross-border activity.

No doubt, bridges are not only there to facilitate one-way traffic. With the historical and cultural links to China and already extensive experience with players from the Chinese and Asian markets, Mauritius has a role to play in promoting African outbound investment, trade and travel to China.

Often overlooked is the issue that an important strategic prong of driving the process of industrialization and economic expansion is targeted outbound investment in dynamic markets like China's, where not only strong returns can be earned, but through which technical know-how and innovative solutions to developmental challenges can be discovered.

As an emerging transport hub between Asia and Africa, Mauritius, geographically located in the Indian Ocean, which offers duty-free logistics and distribution centers among other benefits, is also positioned to play a central role in promoting trade and travel between the continent and China.

As Chinese President Xi Jinping leaves South Africa, following a successful 10th BRICS summit, his visit to Mauritius, a bridge that connects Africa and Asia, is the last stop on his tour of four African countries.

As bilateral initiatives and global affairs such as the Belt and Road Initiative are discussed, Mauritius' strategic role between Africa and China is certain to be high up on the agenda.