BRI NEWS Meaning of the Belt and Road Initiative: a South African viewpoint

Meaning of the Belt and Road Initiative: a South African viewpoint 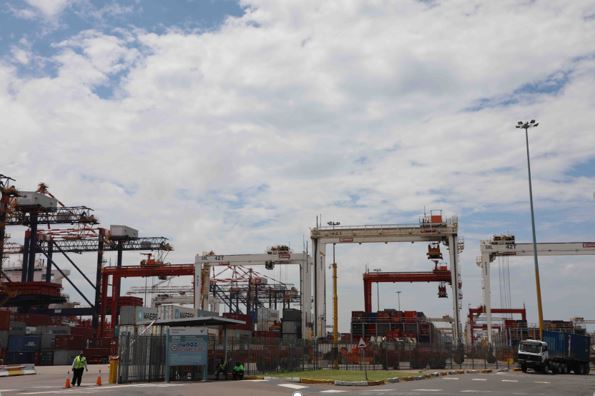 Situated right at the southern tip of the vast African continent, South Africa has both the Indian and Atlantic Oceans. Throughout global trading history, the country has played a pivotal role as the major global connectivity center for those in Europe trading with the East, especially trade with China and India.

The Cape of Good Hope (Cape Town) became a halfway stopover for refreshments by voyagers on their way to and from the East buying and selling tea and spices among other things. Modern day South Africa has harbors, roads, railways and air transportation networks servicing the entire southern Africa. Upon attainment of independence, southern African countries, especially the landlocked Zambia, Tanzania and Zimbabwe realized that they were economically too dependent on apartheid South Africa’s transportation system.

The apartheid regime in Pretoria used these very same transportation networks to undermine the movement of goods to the landlocked countries.

This drastic measure was taken to force Zambia, Tanzania and Zimbabwe to stop rendering political, economic and military support to South African liberation movements in exile in those countries. It was within this context that Zambia and Tanzania approached the West to help build an alternative route through which exports and imports could be transported rather than depending on South Africa. Unfortunately, their requests were turned down.

Next, Julius Nyerere and Kenneth Kaunda, presidents of Tanzania and Zambia respectively, approached China to assist constructing a railway linking these countries to the Indian Ocean. Mao Zedong agreed with alacrity and the Tanzania-Zambia Railway (TAZARA) was built with massive Chinese funds and labor. The TAZARA became a tangible and symbolic link between the Global South countries. China’s role in building the TAZARA bred a sense of gratitude in Africa that still lingers to this day. That China was itself a poor country at the time enhances its gesture even more and TAZARA was a tangible demonstration of third world solidarity.

The idea of such solidarity was conceived at the Bandung Conference, which took place in Indonesia in 1955. This, notwithstanding, did not alter the fact that South Africa and its routes are of strategic importance. It was thus expected that after the end of apartheid South Africa would reclaim its place as the bastion of southern Africa’s economies.

African leaders also recognized the centrality of the southern Africa transport network in their formulation of the New Partnership for African Development (NEPAD) and the African Union’s Agenda 2063. When President Xi Jinping delivered his landmark speech on the Belt and Road initiative (BRI) in Kazakhstan in 2013, Africa wholeheartedly welcomed it. They did so realizing that BRI perfectly fit within their own vision of the continent’s development path.

The African continent’s quest for development required a total reconfiguration of global trading routes to overcome glitches in its trading routes, mainly designed by the west. Africans sought to explore non-traditional markets in the East to augment the existing trading partnerships with the West. This was the reason why Africa embraced the BRI as it directly spoke to its own desire to expand the scope, scale and direction of trading routes and strategic partners in their development.

In terms of global governance, the Belt and Road Initiative shows that China's wisdom provides equality, mutual benefit and win-win cooperation for the whole world. Prior to the launch of the BRI, the western world in particular, levelled relentless criticisms against China and other emerging markets labelling them as ‘free-riders’ in western developed trading routes. It comes naturally, therefore, that the initiative undertaken by China to launch BRI closes the gaps in the construction of global public goods by countries in the Global South.

BRI stands to benefit all participating nations. It has the potential to broaden trade by creating new markets, infrastructure, new industries and many more friendships among nations. It has the potential to play a critical role as a peace-builder. Roads, harbors, airports, railways and dams that are built along the BRI operate like bonds binding nations together. Marginal nations are given an opportunity to trade freely with other nations near and far. The more nations trade the less they go to war and foment conflicts.

The First International Cooperation Summit Forum on the "Belt and Road" was successfully held in 2017, with 269 outcomes completed or converted into normal work, and 10 were being promoted, with a 96.4 per cent implementation rate. In 2018, total imports and exports of goods between China and the countries along the Belt and Road reached $1300 billion, up 16.3 percent year on year. Among them, China exports $704.73 billion to countries along the line, up 10.9 percent year-on-year. Imports from countries along the line were $563.07 billion, up 23.9 per cent year-on-year.

The Belt and Road initiative will have global importance and implications because, by its current scale, it incorporates more than 60 percent of the global population. China is sending overtures the world over for countries to endorse and join the initiative. The notion of the BRI is laudable for its vision of what the world should look like. It will not only improve the movement of goods but will also enhance communication and multiple exchanges which are necessary for an irreversibly globalizing world. However, the initiative could mean much more if it caters for countries that are not coastal, and hence, fall beyond the geographical reach of the BRI.

For these countries, China and other participants in the BRI should include other forms of infrastructure rather than solely prioritizing transport channels. Africa, for example, could greatly benefit from industrial progress in older to bolster beneficiation.

An undeniable fact is that, as the biggest economy along the BRI web, China will have to shoulder more responsibility than other participants. For this reason, China will naturally be called upon or expected to help develop and strengthen Africa’s industrialization. Once this becomes a reality, not only will African governments commend China, but so too ordinary citizens who will readily benefit from an industrialized Africa.

Apart from improving economies, China will also assume the responsibility of an economic and political example to smaller economies. For this reason, it will probably have to revise some of the implications of its no-strings-attached approach to trade and international relations. It is important to note that China is a shining example of execution, and hence there is little doubt that the BRI will be achieved.

There just should be more scope in the countries to be involved and the form of infrastructure to be developed has to take cognizance of the individual contexts of the countries it reaches. Outside the United Nations, the BRI will probably be the biggest organization of countries and hence it is necessary for global development that it succeeds.

What China has achieved since the historical opening up in 1978 is phenomenal. It achieved the fastest economic growth and general development within four decades never achieved anywhere else in world history. The country has moved from a poor agriculture based economy in 1970s to the second largest economy in the world today. In doing so, more than 700 million people have been uplifted from poverty. These admirable achievements have made Africans pay more attention to China’s model of development.

More importantly, Africans embraced BRI based on the well-established relationship with China anchored in the Bandung spirit of 1955. The achievements made in China can be emulated in Africa. It is not a matter of copying the entire Chinese development model but elements of it applicable to Africa. Indeed, China itself borrowed a lot from the West in terms of industrialization but adapted these to its own context.

The BRI was launched at the same time when globalization was in retreat buttressed by ultra-nationalistic forces in the developed world. Global institutions of governance are currently under threat as the US withdraws from key global agreements on climate, nuclear and development.  As it stands, there has been concerted efforts to undermine BRI and other initiatives of the Global South.

Attacks on Huawei, a big tech company from the Global South, pose serious threats to the future of globalization. Globalization ought to encourage the rise of different cultures, philosophies, technologies and products shared with the global village without discrimination. It appears BRI encourages global unity through trade while some nations in the Global North favor the dominance of their own companies, technologies and norms and values.

The Global South gathered in Bandung in 1955 among many things to find ways of transforming the current global order through solidarity. Third World countries only received cursory attention at the time when the ideological rift between the West and Soviet Union was the overriding structure of global politics. Today, China, a country of the global South has claimed attention because of its remarkable economic growth. As a country of the global South, China is naturally drawn to the less developed regions and strives to foster growth.

It is also fully aware that the destinies of all countries are inextricably linked. It is commendable that, at the time when nationalistic sentiment is taking hold in the West, China and Xi Jinping strive for a more unified global order. In 2017, President Xi proclaimed that China would play a part in ushering in a world that is peaceful and that it would also contribute to construct a community of common destiny. The BRI will play a huge role in realizing this ideal.