The Mombasa–Nairobi railway completed in May last year has been given the "Global Best Project Award" by Engineering News-Record (ENR), an international trade publication for the civil engineering sector. 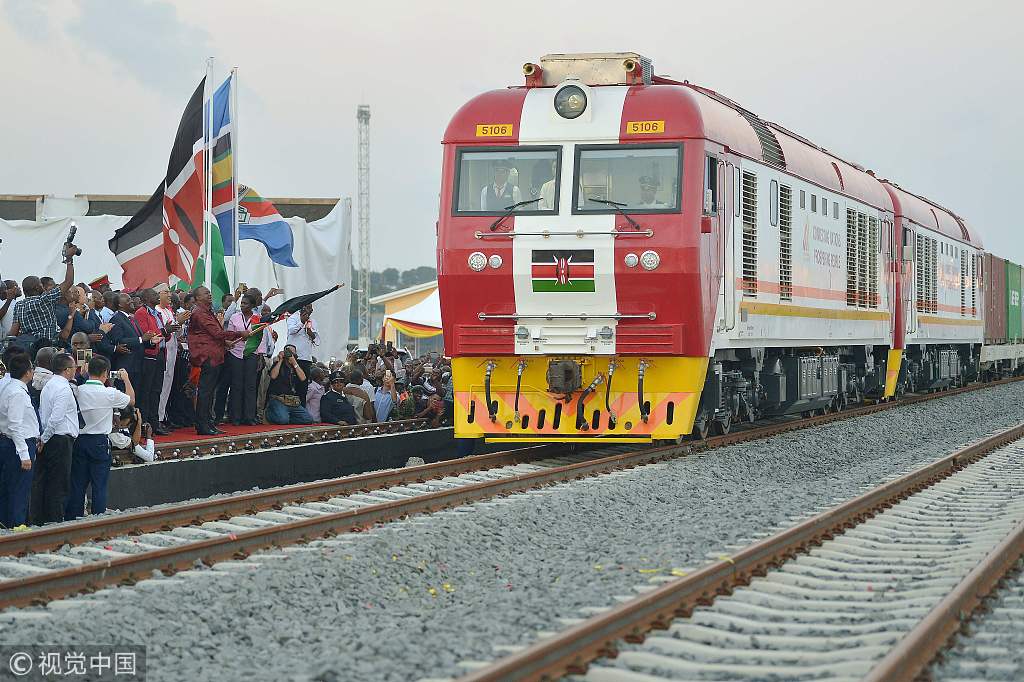 Kenya's President Uhuru Kenyatta waves off a cargo train as it leaves the container terminal at the port of Mombasa on May 30, 2017. (File photo: VCG)

Built by China as part of the Belt and Road Initiative, the railway links Kenya's capital Nairobi with the port city of Mombasa. The aim of the project was to shorten the travel time between the two cities, and to reduce logistics costs. It is the largest infrastructure project to be completed in the country since its independence in 1963. The project was completed with no workplace fatalities, and the injury rate was just 2.4 accidents per million working hours.

Over 1.1 million people have used the railway in its first year of its operation, according to the Kenya Railway Corporation.

Engineering News-Record is a leading trade publication for the civil engineering sector. Its "Global Best Project Award" is one the world's leading awards in the field.