RABAT, Sept. 7 (Xinhua) -- "We are waiting for more Chinese tourists (to visit Morocco) in the future," Moroccan Prime Minister Saad Eddine El Othmani has told Xinhua in a recent interview. 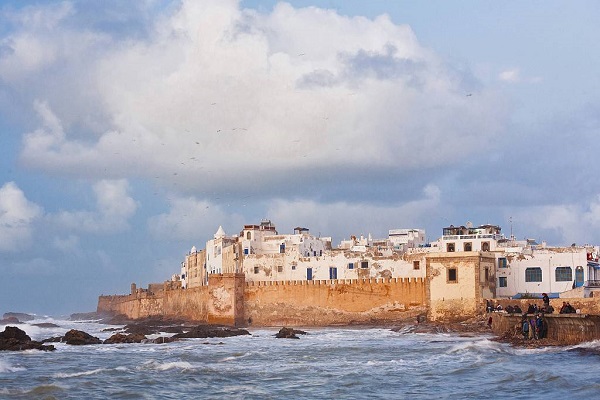 A total of 180,000 Chinese tourists visited Morocco in 2018, a sharp rise from the annual average of less than 20,000 before the visa exemption was granted, according to the Moroccan Tourism Ministry's data.

"The tourism cooperation between the two countries is of great significance and will enhance mutual understanding between the two peoples and lay a foundation for further strengthening bilateral relations," Othmani said.

Ctrip, the largest online travel agency in China, signed on Friday a co-marketing partnership deal with Moroccan National Tourist Office (ONMT) to increase the flow of Chinese tourists to Morocco.

The three-year partnership aims at increasing the visibility of Morocco as a tourist destination in China, notably through digital advertising campaigns, the ONMT said in a statement.

"It will help achieve our goal of receiving some 500,000 Chinese tourists per year," it added.

Currently, negotiation is underway to discuss opening direct flights between the Moroccan city of Casablanca and the Chinese capital of Beijing.