The newly rehabilitated and upgraded N6 Road in central Mozambique is a determining factor for the regional economy and will contribute to the socio-economic development of the country, said Mozambican President Filipe Nyusi on Thursday. 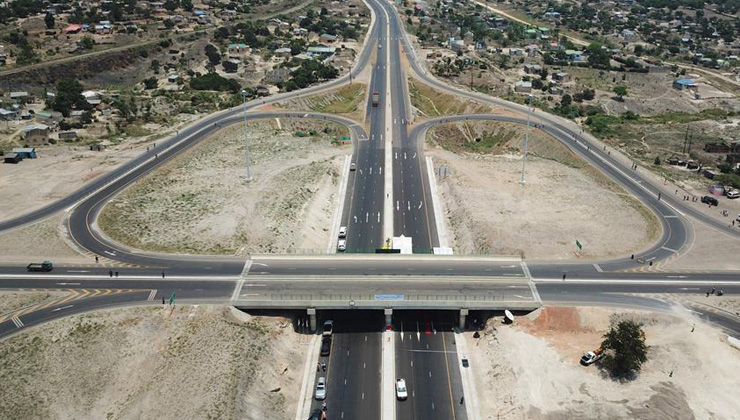 Nyusi made that remark when addressing the opening ceremony of the N6 Road in Inchope of the central province of Manica.

Also known as "Beira Corridor," the N6 Road traverses two provinces and connects Machipanda at the western border area and the Beira port to the east, shortening the two points' driving time from seven hours to four.

It is the main east-west highway and economic artery in the central region, as well as an important international channel providing access to the seaside for Zimbabwe, Zambia and other landlocked countries.

A Chinese construction company has been working on the rehabilitation and upgrading of the 287.3 km-long road since 2015. The artery now has a new cloverleaf interchange, several toll stations and a highway bridge across Pungwe River.

"The corridor will bring advantages to Mozambique in terms of the circulation of people and goods, which plays an important role in service delivery and to the region's economies including (those of) Zimbabwe, Malawi and Zambia," said Nyusi.

Infrastructure is prioritized and vital to achieving sustainable development and improving the living conditions of the Mozambican people, the president said, adding that a more diversified economy and a more competitive Beira port are therefore expected.

The president thanked China for funding the project and for its outstanding builders, and said China has provided "unconditional support" for Mozambique's development in various forms and fields.