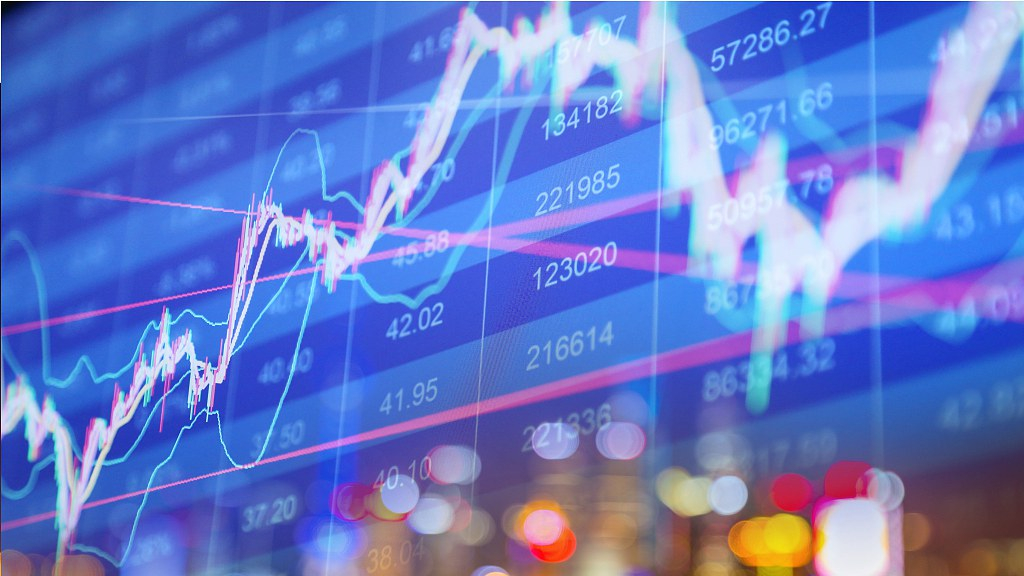 The world economy is at risk of a sharp downturn, the International Monetary Fund (IMF) warned. In its latest economic outlook, the Washington-based organization lowered growth forecasts from 3.7 percent in 2018 to 3.5 percent in 2019.

“US economy, juiced by a slew of tax cuts measures, peaked in 2018, but may be running out of steam this year. This is the primary reason for the IMF's deepening gloom,” Liu Chunsheng, an associate professor at the Central University of Finance and Economics and deputy dean of the Blue Source Capital Research Institute, told CGTN.

Amid volatility in financial markets, observers are seeing a growing risk of recession in the United States. Earlier, the Federal Reserve cut its estimate for the country's 2019 GDP to 2.3 percent growth, down from a prior projection of 2.5 percent. Consumer confidence, an engine for the US economy, has plunged to the lowest level of the Donald Trump's presidency, according to the University of Michigan's consumer sentiment index.

The slowdown in the world's second largest economy is also to blame for the IMF's falling estimates, Liu noted. Known for its unrivaled contribution to the global economy – above 25 percent on average, China's economic growth in 2018 was the country's slowest in almost 30 years, which has triggered the IMF's downgrades in its forecasts.

Trade frictions between China and the United States have further deteriorated the already-gloomy economic outlook. Multinational corporations are the first to bear the brunt, Liu said. China has been an attractive destination for multinational companies with its labor force, enormous market and advanced industrialization system.

But if the trade spat, which has been simmering for almost one year, continues with no end in sight, a large number of multinational corporations may be forced to reshape their production chain and relocate their factories to other countries so as to dodge the bullets of the trade war. This will inevitably increase the uncertainties in global trade, aggravate turbulence in financial markets and eventually drag the world economy into a downward spiral, Liu explained.

Geopolitics is another factor that cannot be underestimated in predicting global economic performance. The unrest in the Middle East is playing a determining role in the fluctuations of oil prices; Russia and Europe's political game is closely connected to the international trade in energy; Sino-US tensions are directly affecting the export of American agricultural products.

Amid the above uncertainties, Western countries, a traditional powerhouse for the world economy, are being bombarded with domestic issues. Trump is not the only leader absent from the World Economic Forum in Davos this year. UK Prime Minister Theresa May is at home struggling to pull her country out of the Brexit quagmire.

Following the defeat of May's Brexit proposal, the prospect of a no-deal divorce, which remains as one of the IMF's gravest concerns, is exerting pernicious effects on economy. Statistics from Consensus Economics suggest that the UK output growth will slow drastically to just 0.9 percent in 2019 and 2020 if the country leaves the EU without a deal.

A multilateral trade system is the fundamental solution to the economic slowdown, Liu emphasized, adding that rising protectionist and populist sentiments are the root for financial difficulties. The United States, a traditional bastion of multilateralism, is now holding high the banner of protectionism under the Trump administration. This, according to Liu, is not saving the United States from risk, but pushing the country to greater financial danger.

It is high time that all the economies get united and cooperate under the multilateral framework, especially in the era of global integration. Some West-dominated economic organizations, for instance, the WTO, should accelerate its reform and play a larger role in the new era. In the meantime, Western countries must abandon stereotypes and embrace China-initiated blocs including the Belt and Road Initiative and Regional Comprehensive Economic Partnership for multi-win results.