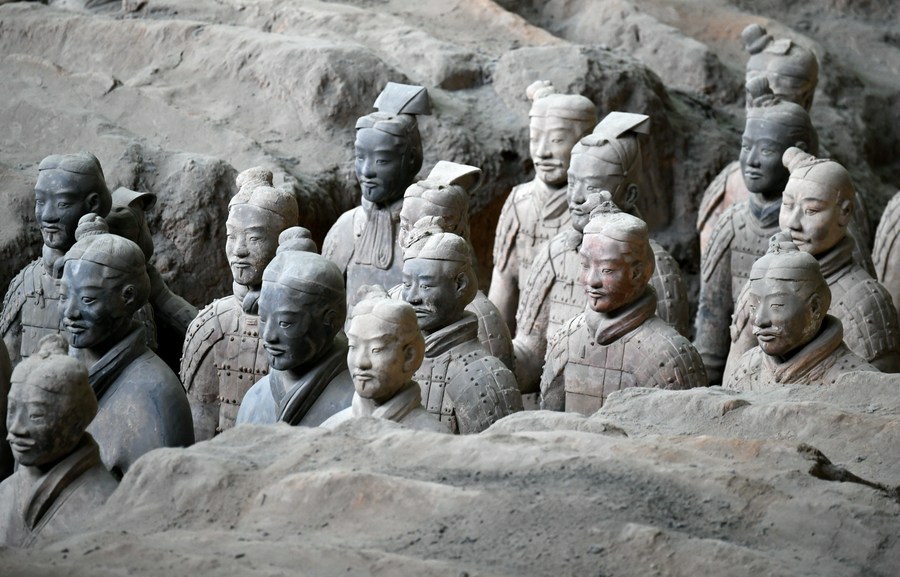 A total of 97,324 visitors came to Emperor Qinshihuang's Mausoleum Site Museum in Xi'an, the provincial capital, to catch a glimpse of the famous army of Terracotta Warriors during the holiday that ended Monday.

The number of visitors reached 67 percent of that during the period before the COVID-19 epidemic outbreak.

Due to epidemic control measures, tourists were required to book tickets online and make appointments to visit prior to arrival.

The museum also updates information on exhibitions via its official website on its social media accounts on WeChat and Weibo.

Discovered in 1974, the army of Terracotta Warriors was built by Emperor Qinshihuang of the Qin Dynasty (221 BC-207 BC), who unified China for the first time.