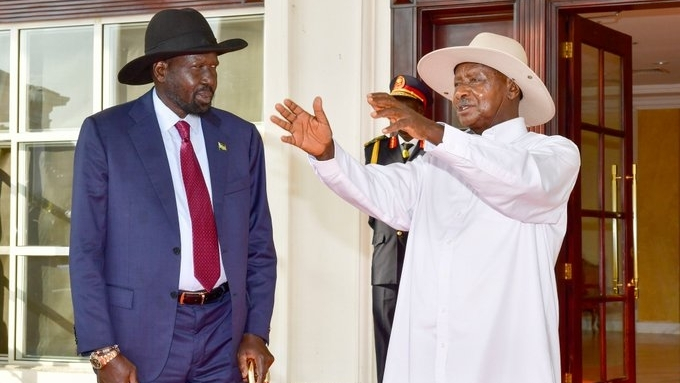 Uganda Airlines is set to make its inaugural flight on Wednesday from Entebbe Airport to Jomo Kenyatta International Airport in the Kenyan capital, Nairobi, while commercial flights to Juba are also expected to begin next week.

The discussion was held at State House, Entebbe, during bilateral talks which were expected to focus on regional security and cooperation.

The national carrier had previously missed its scheduled start for the commercial flights in July owing to the fact that it didn’t have a licence.

Uganda Airlines is expected to begin commercial flights first within the East African region before extending to other African countries.

The airline has already acquired four Bombardier CRJ 900s for regional flights; two were delivered in April while the other two are expected next month.

Uganda Airlines was established in May 1976 as the national carrier of Uganda. The airlines collapsed in May 2001 after years of losses and mismanagement. Previous efforts to privatise it failed.