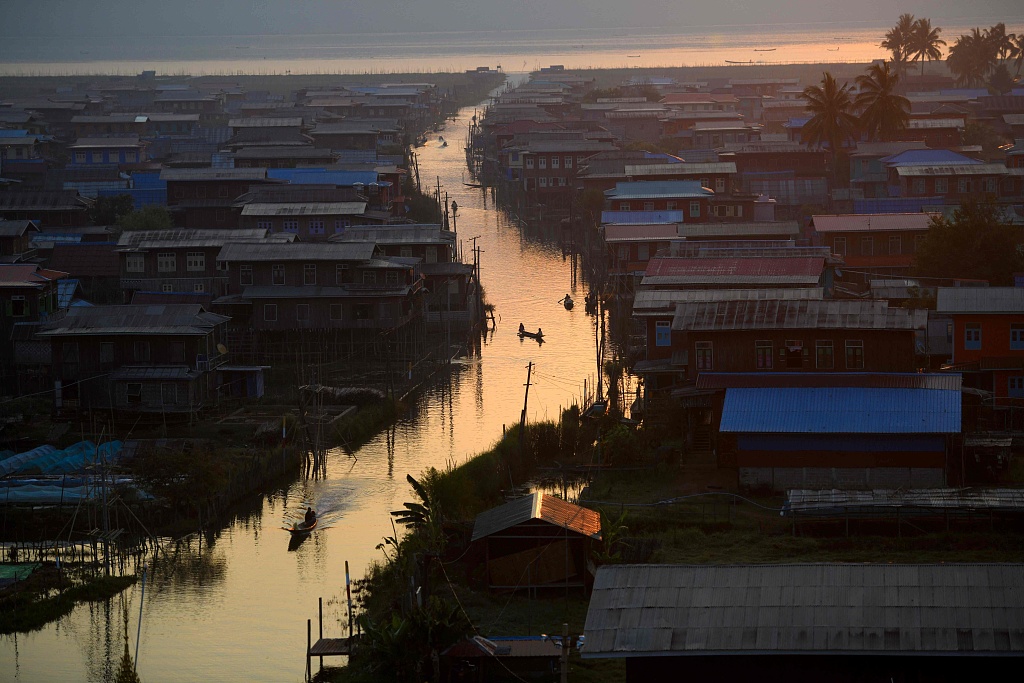 People travelling by boats along a floating village on Inle lake in Shan State on February 18, 2019. (Photo: VCG)

At the first meeting of the steering committee for implementation of tasks relating to the China-proposed Belt and Road Initiative, Aung San Suu Kyi also stressed the need to work on the projects under the BRI in harmony with the country's national priorities and said that the welfare of the people will be counted while implementing the projects.

The BRI could promote cooperation in all sectors including infrastructure, the state counselor added.

Vice-President U Myint Swe called for the engagement between respective ministries and regional governments for better implementation of projects under the framework of BRI and highlighted the need to choose the right projects which can promote the development of the country and its people.

The steering committee which was formed in the end of September, 2018, is chaired by State Counselor Aung San Suu Kyi. Vice-President U Myint Swe serves as vice chairman and other ministers and regional chief ministers are the members.

The committee is tasked to implement works relating to the establishment of Myanmar-China economic corridor and Myanmar-China border economic cooperation zone under the Belt and Road Initiative.