WINDHOEK, Aug. 26 (Xinhua) -- Namibians should use the prevailing peace and stability to unite and seek economic freedom, the country's President Hage Geingob said on Monday. 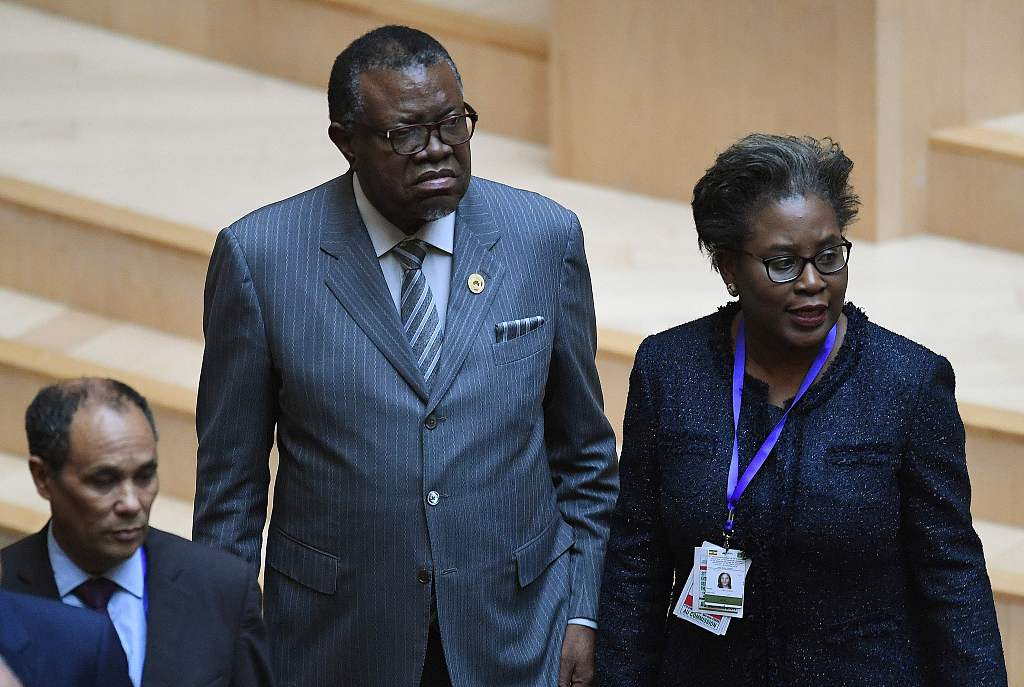 Namibia President Hage Geingob (C) arrives for the opening session of the 11th Extraordinary Session of the Assembly of the African Union in Addis Ababa, Ethiopia, on November 17, 2018. (Photo: VCG)

He was speaking at the commemoration of the country's Heroes Day in Otjiwarongo a satellite town about 280 kilometers north from the capital Windhoek.

"We must safeguard our hard-won freedom by rejecting all forms of hate speech, ethnicity, tribalism, racism and divisive language that incites violence. This is our country, the only country we can call home," said Geingob.

The Namibian president said although his country is politically free they still long for financial independence as most of his countrymen are still living in abject poverty because of unavailability of opportunities.

He added that the bravery of Namibian lost heroes ensured political independence, arguing that heroism doesn't end with the hoisting a flag and a national anthem but should be continued It is up to deliver on the urgent promise of economic emancipation.

"We are aware that at independence, government inherited a country that was fractured along ethnic and racial lines. It is for this reason we adopted a policy of national reconciliation, to heal the wounds caused by a past defined by a bitter struggle and to take the country down a new path of nation building, " he said.