KATHMANDU, Sept. 22 (Xinhua) -- Leaders of the ruling Nepal Communist Party (NCP) have spoken highly of the achievements which China has made over the past several decades as well as the China-proposed Belt and Road Initiative. 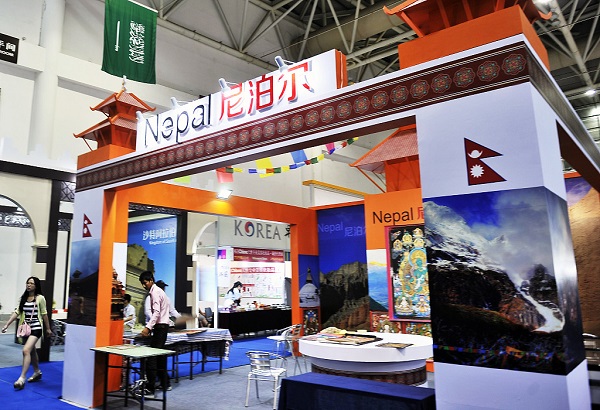 Speaking at a program here Saturday, Janardan Sharma, a standing committee member of the NCP, highlighted the capabilities of the Communist Party of China (CPC) in setting up its priorities with achieving socialism topping the list over the past 70 years.

"China is advocating the peace, economic development and shared prosperity by launching mega initiatives like the Belt and Road Initiative," he said, adding that as a neighboring country, Nepal can learn a lot from China's experience of reform and opening-up for the past 40 years.

Sharma, also a former minister, said Nepal's active participation in the Belt and Road Initiative would greatly contribute to the country's socio-economic development through enhanced cross-border rail and road connectivity.

Ghanshyam Bhusal, also a standing committee member of the NCP, said the China-proposed Belt and Road Initiative will play a great role in strengthening international cooperation and maintaining world peace.

Another former minister and NCP leader Surendra Pandey said that China has become a model for those who attach great importance to China's intellectual, political and economic experience in achieving socialism.

The Belt and Road Initiative, proposed by China in 2013, comprises the Silk Road Economic Belt and the 21st Century Maritime Silk Road, aiming at building a trade, investment and infrastructure network connecting Asia with other parts of the world along the ancient Silk Road trade routes and beyond.

More than 150 countries and international organizations have signed Belt and Road Initiative cooperation documents with China.