DALIAN, Nov. 3 (Xinhua) -- A new air route has been launched between Dalian, a coastal city in northeastern China's Liaoning Province and Japan's Sendai. 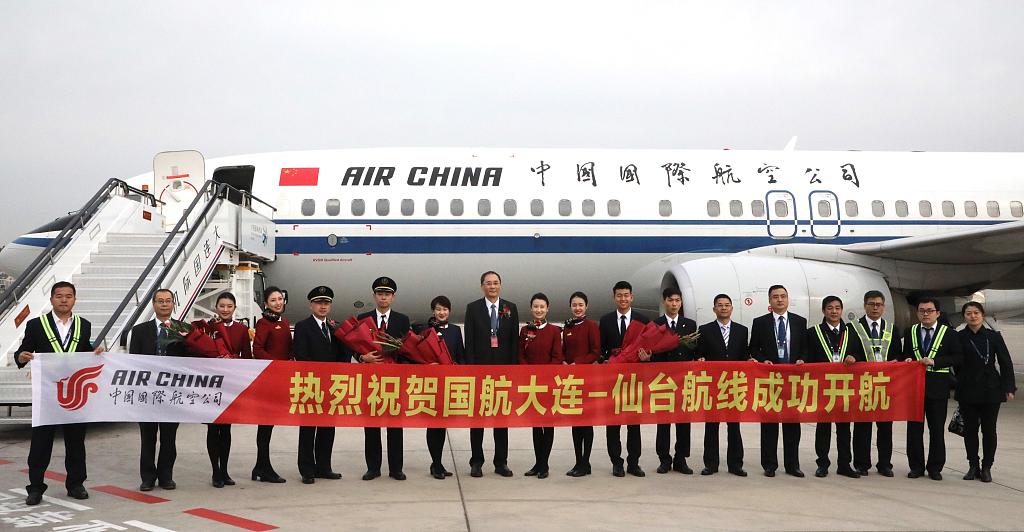 The air route, operated by Air China, was launched Saturday. The round trip is scheduled every Tuesday and Saturday.

The Dalian to Sendai flight departs at 9:55 a.m. at Dalian Zhoushuizi International Airport and arrives at 1:30 p.m. local time in Sendai. The return flight takes off one hour later and arrives at 5 p.m. in Dalian.

Sendai is the largest economic and cultural center in the Tohoku region of Japan.

The route is expected to boost economic and cultural exchanges and cooperation between the two cities.

So far, Dalian has launched flights with nine Japanese cities including Tokyo, Osaka and Nagoya.