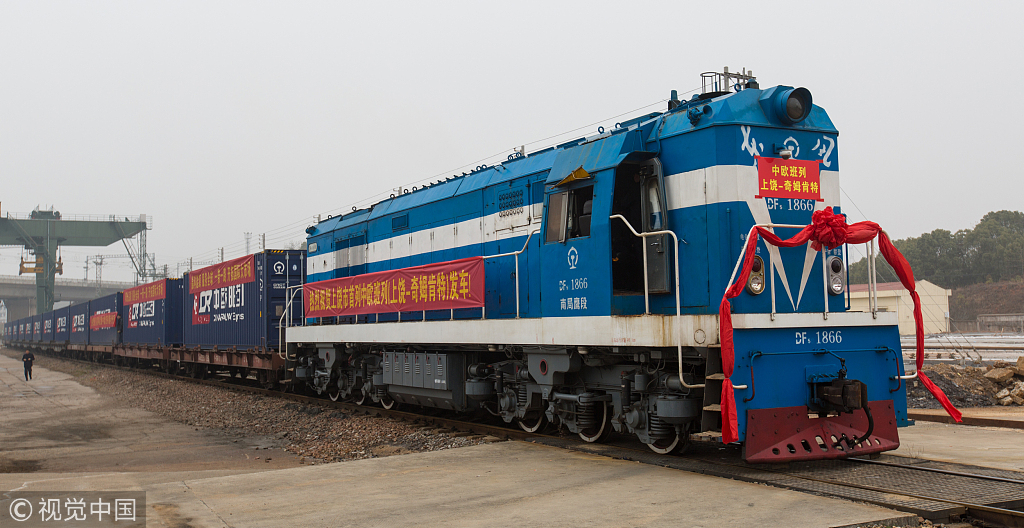 The train, loaded with $3.55 million worth of solar panels in 51 containers, will cross the Sino-Kazakh border at the Alataw Pass in Northwest China's Xinjiang Uygur autonomous region and arrive in Shymkent after a 10-day journey.

Five more cargo trains carrying 255 containers of equipment are expected to take off from Shangrao before Spring Festival to support the construction of a solar power plant in Kazakhstan, as a Chinese company won the bid for the project, according to a media report.

Data from China Railway shows that freight trains between China and Europe conducted 3,600 runs in 2017, surpassing the sum of the number from 2011 to 2016, and the total runs exceeded 6,300. Up to now, with 57 routes, the block trains are operating in over 35 cities of Mainland China and connected some 34 cities in 12 European countries.