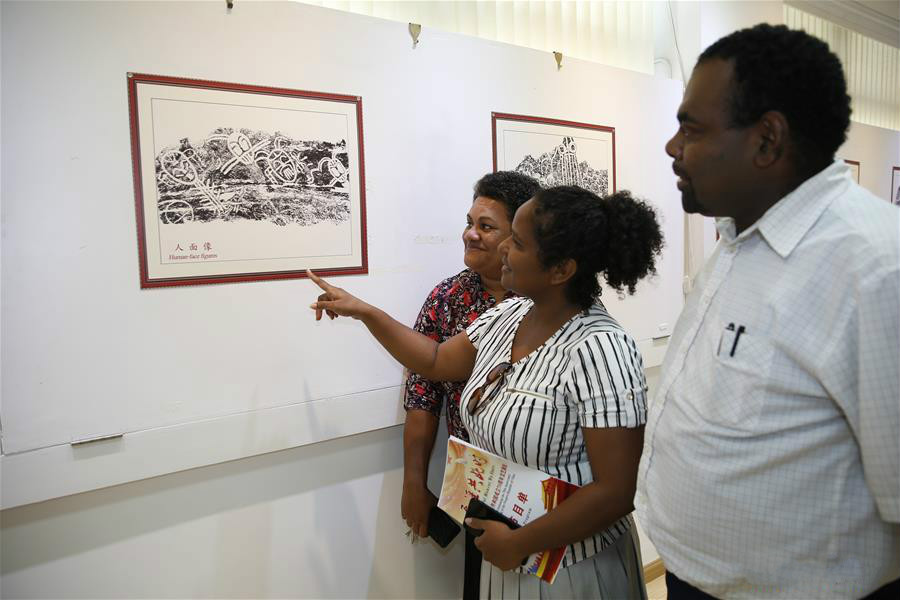 During a grand opening ceremony held at the China Cultural Center in Fiji on Tuesday, Mingxia Zhao, deputy director-general of the Department of Culture and Tourism of Ningxia Hui Autonomous Region, said that in order to promote the people-to-people exchange between China and Fiji in a comprehensive, in-depth and sustainable way, Ningxia and the China Cultural Center in Fiji have carried out one-year cultural cooperation. Ningxia art troupe visited Fiji to conduct a series of performances during the first half of this year.

"With the support of the Chinese Embassy in Fiji and the China Cultural Center in Fiji, we are holding a series of cultural exchange activities hereon the occasion of celebrating the 70th anniversary of the founding of the People's Republic of China," Zhao said.

For her part, Rosy Sofia Akbar, Fiji's Minister for Education, Heritage and Arts, said that Fiji and China have enjoyed peaceful and friendly diplomatic relations over the last 44 years and wishes that it continues in the years to come.

She said that Fiji remains committed to the one-China policy and extends its gratitude to the Chinese government for adopting a policy of non-interference in its domestic affairs.

Chinese Ambassador to Fiji Qian Bo also spoke highly of the rock carving art exhibition and the cultural exchanges between the two countries, saying that China and Fiji have developed steady friendship and cooperation in the last 44 years. China will continue to promote its strategic partnership of mutual respect and common development with Fiji. Cultural exchanges have become an important part of China-Fiji relations.

He is confident that with the joint efforts of both sides, the cultural exchanges and cooperation between the two countries will bear more fruits in the years to come.

According to the data from the UNESCO, rock carving art, also called "Histories on the Rock", occupies over 99 percent of the prehistory art works, he said, adding that the rock carving art is considered as an encyclopedia of human beings before the creation of the characters.

He hoped that guests can enjoy the beauty and charm of the 40 pieces of rock carving arts selected from Ningxia Rock Art Research Center.

Jointly organized by the China Cultural Center in Fiji and the Department of Culture and Tourism of Ningxia Hui Autonomous Region, the Ningxia rock carving art exhibition of "The Long Time Memory" will be held for over a month.