VIENTIANE, July 10 (Xinhua) -- Oudomxay, a province in northern Laos some 400 km north of Lao capital Vientiane, is looking to improve its infrastructure to accommodate the new China-Laos railway and boost development. 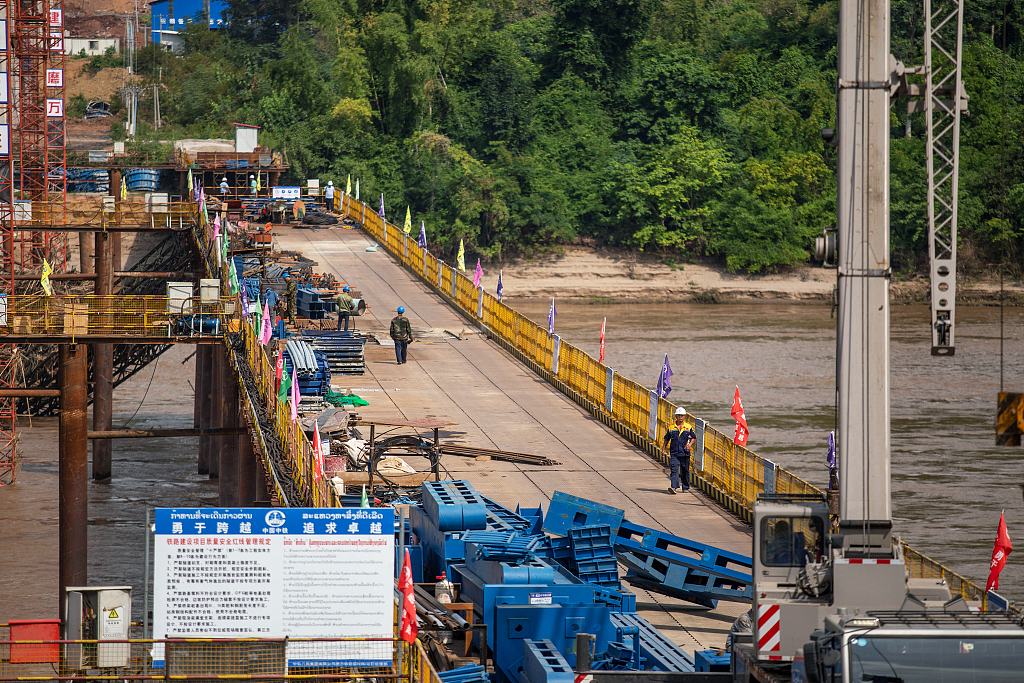 Oudomxay Provincial Governor Khamphan Pheuyyavong said the under-construction railway will run for 126.6 km through the province, so officials are looking at ways to capitalize on this by bolstering business alongside the railway, Local Daily Vientiane Times reported on Wednesday.

There are plans for the province to become an economic, cultural and social hub, with a focus on service provision and tourism. Officials have signed memorandums of understanding with three companies to draft a plan for economic development and build new townships near railway stations, said the governor.

A survey is also being carried out to gather information and devise a plan to link localities of Oudomxay province and nearby Luang Namtha province to bordering areas of China.

There are also plans to develop agriculture and build a modern township in the province, so as to benefit from the railway, according to the report.

The 414-km China-Laos Railway runs from Boten bordering China in northern Laos, via Oudomxay Province, to the capital of Vientiane with an operating speed of 160 km per hour. The project which began construction in December 2016 is scheduled to be operational by 2021.