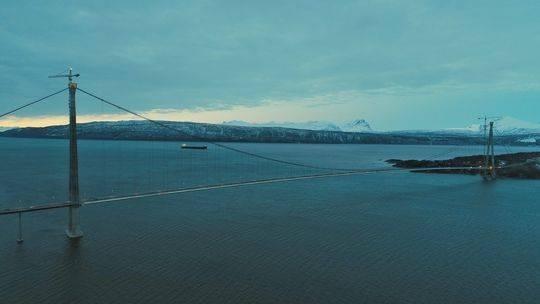 NARVIK, Norway, Dec. 9 (Xinhua) -- A ceremony was held Sunday to officially open Norway's second largest bridge that has been built by a Chinese company and its partners some 220 km inside the Arctic Circle.

With a total length of 1,533 meters and a free span of 1,145 meters, the Halogaland Bridge near Norway's northern port city of Narvik is the longest suspension bridge within the Arctic Circle.

It is China's Sichuan Road and Bridge Group (SRBG) that delivered the steel constructions and was responsible for the mounting of the bridge, which contributes to a significant shortcut on European route E6 -- the main north-south road through Norway and the west coast of Sweden.

"It's been great to see Chinese participation in this project," Norwegian Prime Minister Erna Solberg told reporters at the inauguration ceremony on the Halogaland Bridge over the Rombaken fjord.

"It is a very beautiful bridge that is very important for the local community," she said. 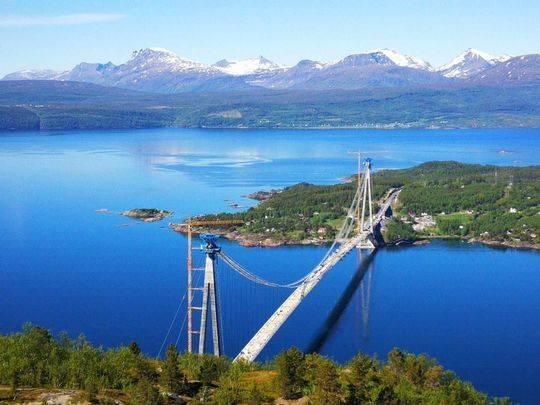 Chinese Ambassador to Norway Wang Min, who was also present at the inauguration ceremony, said the bridge has shown Chinese companies' efforts to carry out the Belt and Road Initiative.

In 2013, the SRBG won the steel contract for the bridge in a tough competition with the world's leading builders.

The steel contract includes preproduction of all the parts -- cables and steel boxes and site construction. The production of the steel parts was carried out in four different factories in China.