Onus of improving relations on Australia 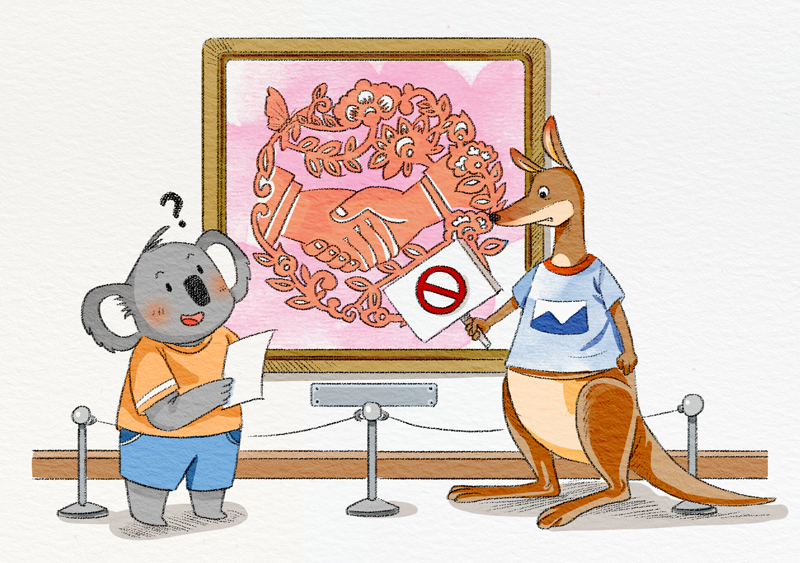 Editor's note: Some Australian politicians have made it a habit of accusing China of meddling in Australian politics. What they forget while doing so is that such baseless accusations are not conducive to healthy ties, which are necessary for boosting bilateral trade. Two experts share their views on the issue with China Daily's Pan Yixuan. Excerpts follow:

Bilateral ties should be pragmatic and rational

Liu Qing, head of Asia-Pacific studies at the China Institute of International Studies

The Australian government has sent signals that it wants to improve relations with China, but Australian Prime Minister Malcolm Turnbull's flip-flops and some Australian politicians' habit of resorting to the old trick of pointing the finger at China make it difficult for bilateral ties to proceed smoothly.

Australia seems to speak in two voices when it comes to China: businesspeople want close cooperation with China, while many Australian officials see China as a potential threat.

There is a positive correlation between Sino-Australian relations and US-Australian ties. On the one hand, Turnbull's conservative coalition government has intensified its dual diplomacy and tipped the balance toward Washington since Donald Trump was elected US president. On the other hand, Beijing and Washington have negotiated to control their trade disputes, although the US has threatened to impose more additional tariffs on Chinese imports.

Besides, China's neighborhood diplomacy has made great progress this year. For instance, China has improved its relations with Japan and India, two members of the so-called quadrilateral coalition－the others being the US and Australia.

After Turnbull's ruling coalition reclaimed its parliamentary majority in December last year, it took measures to ease Australia's hostile policy toward China. This is another example of Australian politicians using the "China threat" theory as a card to win elections. But the overuse of the anti-China card has drawn criticism from both businesses and the opposition in Australia. And even if Canberra wants to improve its relations with Beijing now, what about next year when Australia goes to the polls?

Australia should also understand that China's cooperation with South-Pacific countries is valid diplomatic diversification, and that the Belt and Road Initiative is aimed at promoting cooperation and mutual development. Foreign investment once helped China's economic development, and now China wants to help other countries to boost their economies.

Xu Shanpin, adjunct researcher at the Center for Australia Studies, China University of Mining and Technology

To strike a balance between its largest trade partner, China, and most important security partner, the US, Canberra took measures last year that undermined its trade cooperation with Beijing. But after regaining majority in the House of Representatives in December, it decided to improve its relations with Beijing in order to boost bilateral trade.

China is Australia's largest trade partner, largest export market, largest source of international students, and a major source of foreign investment and tourists. No wonder Australian businesses have been criticizing the government for the worsening Sino-Australian relations because of Canberra's political moves.

Moreover, Australia and the US are competitors when it comes to exporting products such as beef, wine, fruits and nuts to China. So Australia wants to take advantage of the China-US trade disputes to boost trade with China.

But Canberra should realize that bilateral trade can increase only if diplomatic ties are favorable, for which Canberra has to stop falsely accusing China of meddling in Australian politics and threatening Australia's security by building a permanent military base in Vanuatu.

Australia's pragmatism of giving importance to China in trade and the US in security issues is understandable. But China won't allow Australia to use it as a ploy to gain advantage in trade.

Australia has sent signals that it wants to improve relations with China, with Turnbull planning a visit to China later this year. But despite that Beijing-Canberra ties will improve only when Turnbull totally abandons his hostile policy toward China.