Qingdao, a beautiful coastal city, is ready to greet guests from afar for the 18th Shanghai Cooperation Organization (SCO) summit scheduled for June 9 and 10. 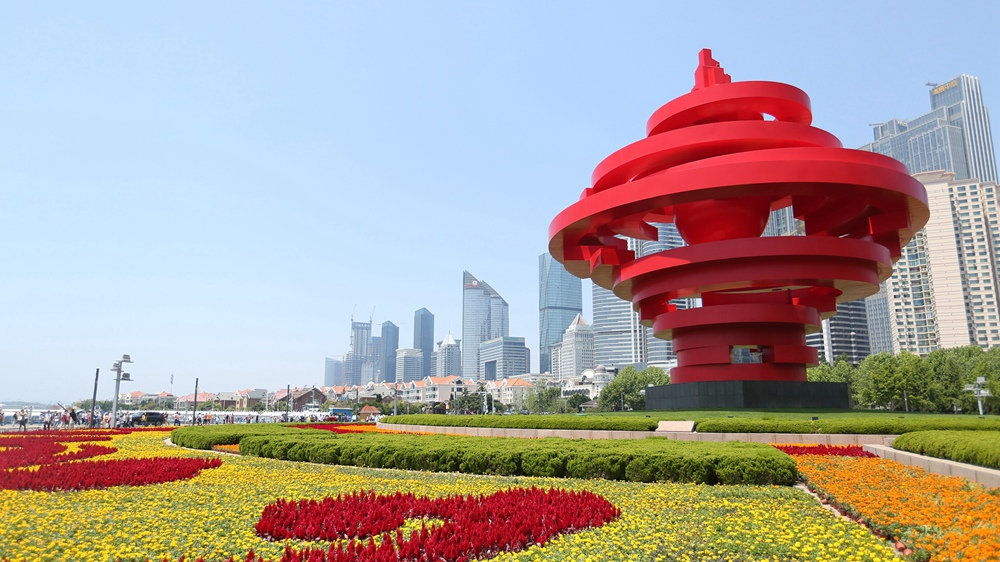 The city uses the venue for the sailing events at the 2008 Beijing Olympics as the conference hall of summit. The renovated building, signifying “flying to chase dreams and setting sail to pilot the route”, also stands ready for the event.

The summit, the first after India and Pakistan were accepted as full members in June 2017, will be chaired by Chinese President Xi Jinping. The new summit in the new era will be a new gathering to pursue dreams and a new milestone in the development of the SCO.

The summit is a combination of history and new vitality. Qingdao, a city deeply nurtured by the Qilu culture, is pooling the SCO wisdom.

The alignment of the long and splendid Chinese civilization and the concept of innovation have enriched the cultural connotation of the SCO.

It is universally recognized that China’s new development concept of innovation, coordination, green development, opening up and sharing has provided useful experiences for the SCO member countries.

It is also a consensus that the China-proposed Belt and Road Initiative is propelling regional integration and boosting the cooperation among the SCO member states.

The SCO summit is the bursting of a new momentum. As SCO Secretary-General Rashid Alimov has pointed out, the SCO grows stronger because of openness and inclusiveness and becomes more open and inclusive as it prospers and expands.

With the inclusion of Pakistan and India, the eight-member group now accounts for more than 60 percent of the Eurasian landmass and nearly half of the world's population. It becomes a comprehensive regional organization with the largest geographic and demographic coverage, bearing more expectations of people from its member states and the international community.

The ever-growing SCO now has enhanced cohesion, more effective actions and rising influence, which will add certainties and inject positive energy to regional and global development and prosperity.

The SCO summit is also a solemn start of a new journey. The unity of knowing and doing produces successes. The summit plays an irreplaceable leading role in bolstering unity and mutual trust, and deepening all-round cooperation among SCO members.

After taking over the SCO rotating presidency at a new historic starting point, China has hosted more than 160 activities to elevate political mutual trust to a new high, seek new progress on security collaboration, produce new breakthroughs in pragmatic cooperation and yield new results from cultural exchanges, laying a solid foundation for the success of the Qingdao summit.

During the summit, leaders of the SCO member states will jointly sign and issue the Qingdao Declaration and adopt more than 10 documents to strengthen cooperation on security, economy and cultural exchanges. The 17-year-old SCO will present a more energetic image.

The summit absorbs the cultural significance of unity and pools its wisdom for development, making the world expect more from it.

“China will make best efforts to fulfill the task and work with all other parties to give our people a greater sense of ownership and usher in an even brighter future for the SCO,” President Xi said at the 17th SCO summit.

As the 18th SCO summit arrives in Qingdao, Xi’s solemn commitment is reverberating in the city of blue seas and green mountains. The new summit held in the new era will make the SCO cooperation more prosperous and bring more happiness to people.