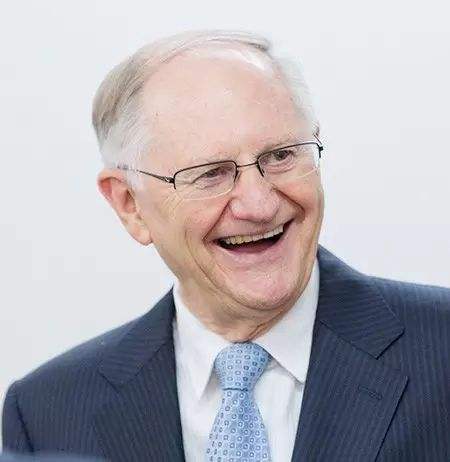 The 25th Asia-Pacific Economic Cooperation (APEC) Economic Leaders’ Meeting was held in Da Nang, Vietnam on November 10 and 11. People’s Daily (PD) reporter Li Feng interviewed Peter Drysdale, a professor from the Australia National University, to share his opinions toward the APEC mechanism and its influence in the region.

PD: Do you think APEC has achieved its goal of boosting global trade and regional integration?

Drysdale:  APEC has both boosted global trade as well as deepened regional integration through its open regional approach to international economic cooperation.

When we analyze the numbers, being a member of APEC is associated with both higher trade volumes not only among APEC members themselves but also between members and non-members. This is an important result.

APEC is also more open to foreign investment than is the world on average. Moreover, we show that the so-called “hard” institutional arrangements in North America (NAFTA), the EU and Latin America do not have the same globally positive effects.

Unlike other regional blocs, APEC is outward-looking and does not divert trade. That was by design. Given the diversity in the region and the need to integrate into the global economy, APEC’s open regionalism makes the APEC effect a global not just a regional good.

PD: Does anti-globalism’s rise in Europe and the US present new challenges for APEC? How can APEC manage these challenges?

Drysdale:  APEC leaders now need to work out how to deal best with the groundswell in industrial countries. These countries are against globalization in part at least because of the mal-distribution of the gains from international trade and growth.

Maintaining open trade and generating the income gains from trade requires putting in place policies that fix entrenched structural problems, compensate and assist the losers from the gains to the community as a whole. Trade policy alone cannot ensure that the potential benefits of liberalization are fully realized or widely distributed. Complementary policies are needed to manage the impact of reforms (and other economic disruptions), create an environment that spreads the benefits of globalization, and assist those who lose their jobs to find new work. This will become an increasingly important issue for countries as they develop and their economies mature.

Sharing policy ideas among APEC leaders on the most effective ways of achieving social protection and social security objectives in a way that complements the gains from efficient open economies is now an urgent priority.

PD:  As one of the founders and most important players of APEC, what does Australia expect from the summit?

Drysdale:  What Australia should expect is a clear affirmation of APEC’s core commitments to the multilateral system. Asia’s successful industrialization grew out of the post-war institutional framework – a system now under threat. Central to trade and economic growth in the region were strong trans-Pacific ties and access to the huge American market during its period of post-war growth and strength. Trans-Pacific ties remain important to robust growth in East Asia. Australia will want to affirm the principles of open regionalism and multilateralism and demonstrate them by moving forward on what’s left of TPP (the TPP 11) and explaining how the RCEP（Regional Comprehensive Economic Partnership) will be delivered at the critical outcomes from APEC and the East Asia Summit. Failure to do so will vastly weaken APEC and Australia’s role in regional economic cooperation

Drysdale:  More than ever, China has to demonstrate how it will make good on its newly restated ambitions for deep economic reform and achieving successful economic transformation in international forums such as APEC. This will involve taking a proactive role in the collective leadership of the next round of regional liberalization and reform by addressing the reform issues that China has to deal with next, such as on SOEs in the negotiations of regional arrangements like RCEP.

APEC is also a forum in which the terms of China’s engagement through the Belt and Road initiative can sensibly be worked out with regional partners. APEC can take the lead in establishing a regional framework for ministerial dialogue on how best to deliver the investment needed to fill the huge infrastructure gaps across the region. In launching such initiatives, APEC should use its flexibility to include the East Asian Summit group in its deliberations so that there is effective, broad trans-regional cooperation.

PD:  Australia and China are close friends when it comes to economic issues. Are you satisfied with the cooperation in the past decades? What more can Australia and China do together to ensure a better and brighter future for our region and the world?

Drysdale:  The opportunities for Australia-China cooperation on the regional cooperation agenda have barely scratched the surface. They are uniquely placed to experiment bilaterally in policy reform that has wider applications in regional policy reform. Take the issues related to the further opening of the regional investment regime. Here, Australia and China can work through these issues under ChAFTA and bring new approaches to regional cooperation on foreign investment.