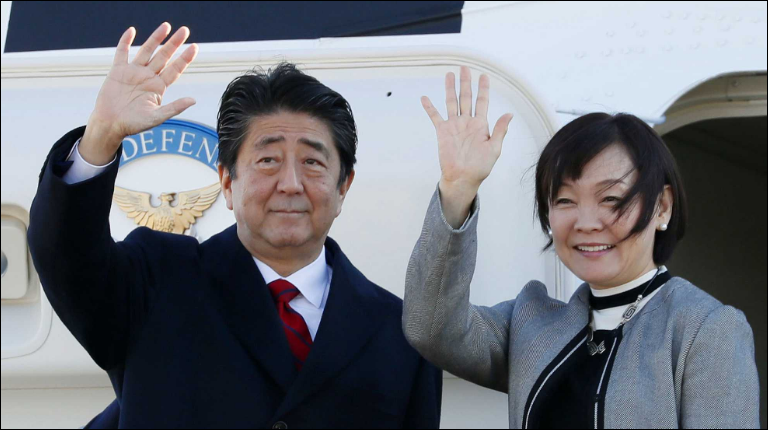 On October 27, Japanese Prime Minister Shinzo Abe wrapped up his three-day official visit to China. His last such visit as Japanese prime minister was in 2006.

According to Professor Huang Dahui at the Department of International Relations at China's Renmin University, China-Japan relations have gone through three stages since 1972.

As he explained, the bilateral relationship was characterized by "friendly cooperation" from 1972 to 1990 before entering a new period between 1990 and 2010 where "competition" emerged as another key word. However, from 2010 onward, as China overtook Japan to become the second largest economy, "competition" has become the main trend and "cooperation" has thus taken a back seat.

Even though Huang dismissed the notion that Abe's visit is going to reverse the general trend of Sino-Japan relations formed since 2010, he predicted that the good momentum would last for at least some time.

With Abe's visit complete, it is thus worth taking a look at what has been achieved during his visit to see where the two countries will be heading from here.

Progress made on 'cooperating in third-party markets'

Abe's visit was highly anticipated. The second day of his visit bore fruitful results, such as the signing of 10 cooperative agreements between the two governments in areas including healthcare, finance and digital technology, etc.

The forum on infrastructure investment in third-party nations was another highlight of the day and the two countries agreed to work together on a host of joint projects in third countries.

According to Xu Jingbo, president of Asia News Agency, apart from a high-speed rail link in Thailand, there are 51 other projects Chinese and Japanese firms agreed to collaborate on in third markets. For example, Japanese petroleum and metals conglomerate JXTG Holdings and China Petrochemical Corporation agreed to work together within this framework to build hydrogen stations.

"Third-party markets" has been the go-to phrase when it comes to China-Japan cooperation. Even though Japan has not been full-throated about officially joining the Belt and Road Initiative, a consensus has been reached with China over cooperating on investing in infrastructure in third countries.

The reasoning behind that is that both China and Japan have the funds and the technical know-how in terms of building infrastructure projects. Companies from the two countries once competed with each other in bidding for overseas projects.

Now, instead of being rivals, China and Japan can actually make investments together and collaborate in these projects, which would benefit businesses from both countries. Moreover, the two parties' joint participation would also increase the transparency of such projects, which is in line with China's interests as well, as it could put to rest the questions over China's intention behind its overseas investments.

On the evening of the second day's visit, Abe met with Chinese President Xi Jinping who just finished a tour to southern China's Guangdong Province. The tour was largely seen as a demonstration of China's strong resolution to further open up the economy.

"Our relationship has encountered a lot of obstacles. It was not a smooth ride. But with joint efforts, the relationship has become more normalized. A healthy relationship between China and Japan serves the basic interests of both countries," Xi said at the start of the meeting, expressing the hope for a good China-Japan relationship in the future.

Some observers have been closely reading the reports released by China's Xinhua News Agency on Xi and Abe's meeting. Some draw attention to Abe's comment on the Belt and Road Initiative, which referred to the project as "an idea with potential," while Xi believed it had provided China-Japan cooperation with "a new platform and trial ground."

Observers also did not miss out on the comments Abe made concerning the trade issue. According to Xinhua, Abe said that China and Japan should "make contribution to preserving the free trade system." Given the fact that the Japanese economic miracle in the post-war era was largely a result of its exports-oriented economic policy and the world free trade system, when confronted with the pressure of a trade war from the US, it is no wonder Japan has chosen to side with China.

Abe's trip was an important step in the two countries' rapprochement. As predicted, during the meeting he extended an invitation for Xi to visit Japan next year.

In international relations, there are no permanent friends or enemies but only permanent interests. Given the big number of deals signed and the good wishes expressed by both Chinese and Japanese leaders to mend ties and advance mutual interest, Abe's visit seems to be a hopeful sign that would usher in a new phase where we could see more cooperation between the two sides.