BRI NEWS Opinion: Africa, a continent keen to develop and be respected

Opinion: Africa, a continent keen to develop and be respected 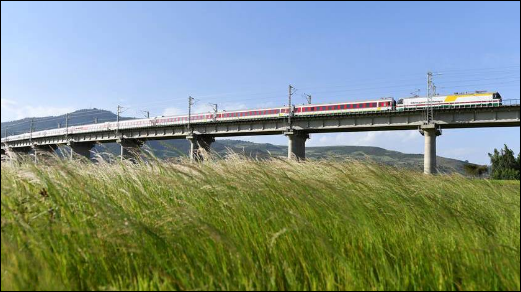 A train runs on the Ethiopia-Djibouti railway during an operational test near Addis Ababa, Ethiopia, Oct. 3, 2016. (Photo: Xinhua)

The recent 10th BRICS Summit in Johannesburg and the forthcoming Beijing Summit of the Forum on China-Africa Cooperation bring the China-Africa relations to the center of political and academic discussions. You could read or hear old cliches from Western media about China’s “neo-colonialism” every time China and Africa get closer and seek more cooperation. Perhaps they forget or deliberately ignore the fact that the continent today is no longer the colonialized land under control by super-racists.

African people now stand on their own feet and are able to decide for themselves independently. African countries themselves decide to sell their mines and oils to China at world prices without any military threat to get capital for their development and goods. It’s a win-win situation for both China and Africa which see eye to eye.

Due to the same experience in history, China, as a longtime partner of Africa, has developed a cooperative model with African countries. Different from the former colonists or savers, China, from the beginning, has appreciated and respected the choices of African countries. It never tried to be a mentor and peddle its values to its African collaborators.

Now under the Belt and Road Initiative (BRI), Africa faces new opportunities, and not “new threats” as some Western media reported, to bolster and update Sino-African ties.

Over the past decades, the infrastructure construction projects across the continent, undertaken by Chinese workers, have won praise and credit. With more full-fledged experiences learned from domestic construction, Chinese companies help locals in Africa build more high-quality railways, highways, dams, ports and power stations. More capital could be provided by China to those projects as the world's second-largest economy has the surplus flows and many Chinese companies are eager to go abroad.

Apart from economic development, African nations also seek to dominate their own political and security issues which China, as a permanent member of the UN Security Council, could play an essential role in supporting. African countries look to be respected as an equal player and vehemently oppose any interference from outside. “Joint negotiation” as one of the paramount principles of BRI could be adopted to steer the China-Africa political and security cooperation, therefore, the African requirements could be met to some extent.

Obviously, the Chinese side still needs to adjust and improve its weaknesses, especially those that would taint its own image like people-to-people businesses. Chinese vendors bring an amount of cheap and low-quality goods into the African market, which makes the Chinese products be perceived as a shoddy label. Facing local competitors, legal or illegal small Chinese businessmen always tussle for African people. Those Chinese expats need to behave themselves and take responsibility for their products as they are not benefiting anyone in the long run.

Besides, more preliminary research should be carried out before any big project gets promoted by high-level government-to-government agreements in order to adapt them to the local conditions and guarantee the smooth progress of the prospective plan. Other Asian countries like South Korea and Japan have set good examples for us in the field studies of local environments and communities.

Moreover, Chinese companies should also enhance their soft power and put more energy and resources into local public service activities like building schools, hospitals and water refining stations. Such facilities would benefit the local people directly and are more urgent to local communities.

As a developing country, China is willing to share its own developing experience with its African peers and it also looks at Africa as a promising land instead of an abandoned continent by some Western countries.

The Chinese leadership has put Sino-African relations as a priority since 1949 when the People's Republic of China was founded. In history, this alliance is built on the same historical plights and reciprocal support in the international arena. Currently, aiming at the same growth target, the two sides would find more factors to widen their cooperative ties as the conditions of their union are still relevant today.

Africa has a bright future as China believes and vice versa. The achievements now and in the future would prove the significance of the Sino-African cooperative model which is based on equality and mutual benefit. More stories about African and Chinese people should be told by new and unbiased media to the world which still has lots of work to do.