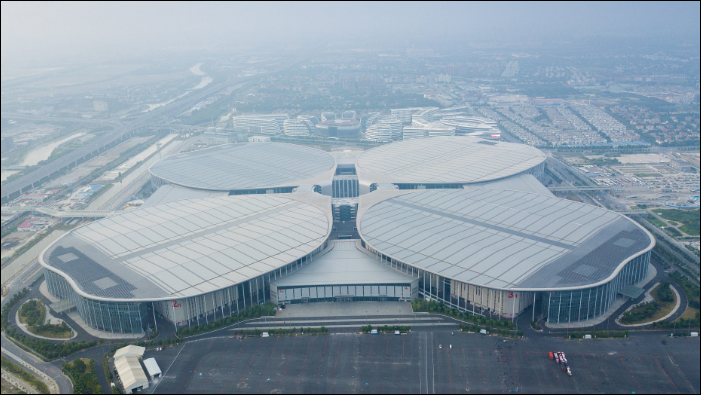 Friday marked the start of the 100-day countdown to the inaugural China International Import Expo (CIIE) scheduled for November 5-10 in Shanghai. So far more than 2,800 enterprises from over 130 countries have registered for the expo, which is expected to attract over 150,000 purchasers from around the world. Moreover, over 30 overseas companies have already signed up for the second expo next year.

The majority of the enterprises are in the clothing, consumer goods, food, and agricultural sectors, while the enterprises that applied for the largest amount of exhibition space are concentrated in the intelligent and high-end equipment as well as auto industries. Overseas exhibitors have obviously realized that China is becoming a new driver of growth in the global consumer marketplace as the Chinese people pursue a high-quality of life and the nation aims for high-quality economic development.

At a time when the world economy is being undermined by trade protectionism, manufacturers may find that the Chinese market, with its population of around 1.4 billion people, provides their best opportunity to invest and expand their exports, especially since China is home to 400 million middle income earners – the largest group of its kind in the world. And China's government is taking decisive action to support free trade and facilitate investment through further opening of its economy.

In recent years, Chinese consumers have enjoyed a growing choice in quality foods from overseas, such as Australian beef, Chilean cherries, and German milk. China accounts for 10 percent of global agricultural imports, making it the world's largest customer, which explains why China runs an agricultural trade deficit of 40 to 50 billion US dollars a year.

China is also the world's largest market for automobiles, and has been for the last nine years in a row. Last year, the country produced over 29 million vehicles and sold over 28.9 million. The Financial Times reports that for most multinational auto enterprises, at least one-fourth, and sometimes more than half of their profits come from the Chinese market. And starting July 1, China lowered import tariffs on vehicles and auto parts, in a move aiming to meet domestic demand and at the same time providing a greater opportunity for foreign enterprises to expand into China.

On top of its sheer purchasing power, China's sound economic fundamentals, relatively complete industrial chain, improving business environment, and strategies for innovation continue to make China an attractive destination for international investment. In the first half of this year, China's economy grew 6.8 percent over the same period last year, and quarterly growth has remained between 6.7 to 6.9 percent for 12 straight quarters.

As the only country active in all sectors categorized in the UN's International Standard Industrial Classification of All Economic Activities, China offers investment opportunities across a wide range of industries. And it has been granting market access to more and more foreign companies. In late June, the government released a new edition of the "measures for admittance of foreign investments" better known as the investments negative list.

The revised list removed many restrictions in sectors such as finance, infrastructure, transportation, culture, automobiles, ships, airplanes, agriculture, energy, and resources industries. Nearly a quarter of the restrictions in these sectors were removed or loosened. This helps to explain why the American Chamber of Commerce in China reports that 74 percent of its members have plans to expand in China – the highest rate in recent years.

China also ranks second in the world in terms of the number of innovative enterprises, and for the first time has reached the top 20 on the World Intellectual Property Organization's global innovation index. With China's continuing efforts in areas such as clean energy, electric vehicles, and artificial intelligence, foreign companies will find their best opportunities in China.

Forty years after China initiated the policy of reform and opening-up and on top of the new set of measures on further opening that Chinese President Xi Jinping announced at the Bo'ao Forum for Asia in April, Xi further pledged at the recent BRICS Business Forum that China will continue to work on building a more attractive environment for investment, by strengthening the protection of intellectual property rights and pushing to expand imports.

President Xi also said that China will continue to pursue the Belt and Road Initiative to create new opportunities of social and economic development, and in doing so help participating countries implement the United Nations 2030 Agenda for Sustainable Development.

According to the plan that President Xi announced at Davos last year, China will, from 2017 through 2021, import eight trillion US dollars' worth of products and receive 600 billion dollars of investment, while at the same time investing 750 billion overseas. The world will also see more than 700 million outbound trips of Chinese people, giving a boost to local economies around the world.

And while the inaugural China International Import Expo in Shanghai in November will provide direct access to China's consumer market, it will also help to make China an indispensable destination for foreign investment.