BRI NEWS Opinion: Five potential ways the US loses out through a trade war

Opinion: Five potential ways the US loses out through a trade war 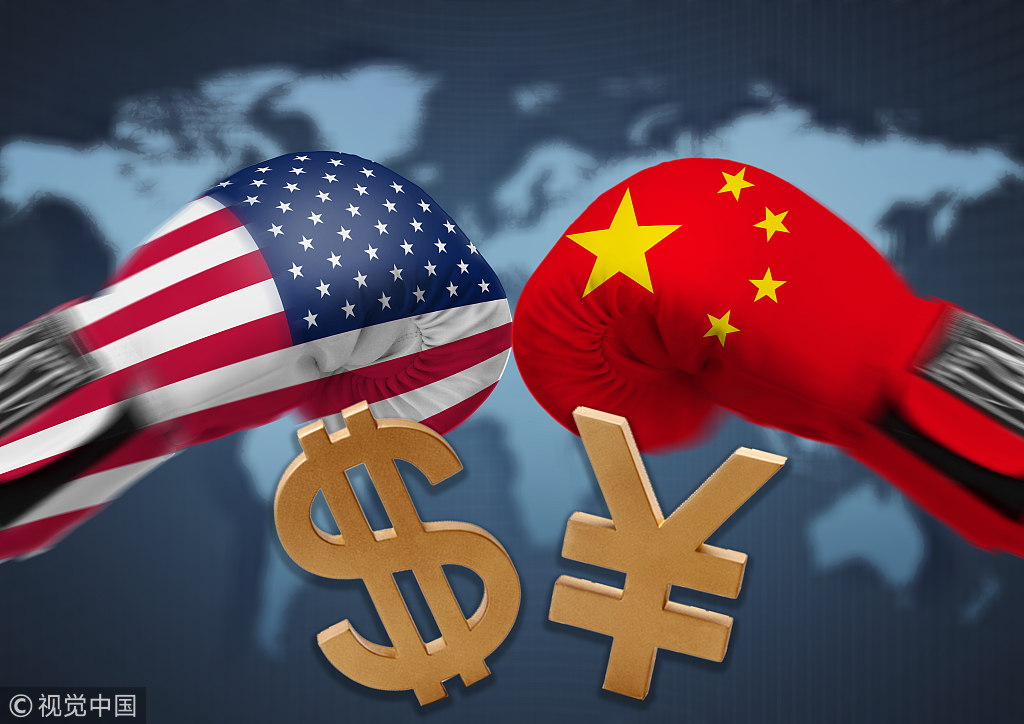 The following is an edited translation of a commentary on the U.S.-initiated trade dispute from the Chinese-language "Commentaries on International Affairs (国际锐评)".

The escalation of trade conflicts triggered by the United States has brought many uncertainties to its ties with China and to the world economy, as a whole. A full-scale trade war will do no one any good, and injure the general interests of both sides. Indeed, if the two largest economies could only settle their differences and make joint efforts, they could instead create real advances in trade.

Here are five things the US could lose out on, if it continues with the trade war:

1. A broad prospect for future cooperation

Research carried out by the Peterson Institute for International Economics in 2013 shows that if China and the United States pushed for progress on a bilateral investment treaty, 500 billion US dollars would be added to the volume of trade and 4.8 million jobs would be created. However, they stand to lose this prospect if either side continues to wrangle over the trade deficit and refuses to look to the future.

If the US still chooses to sanction China based on issues raised by its Section 301 Investigations, despite those issues being unsubstantiated, the impact of this conflict will ultimately destroy the level of trust that connects the global industrial, supply and value chains. If this happens, the benefits from the global division of labor and trade which are governed by the market, will gradually disappear, causing losses not only for China and the US, but also for all the other countries in the global industrial chain.

3. An historic opportunity for the recovery of the world economy

With the majority of economies worldwide seeing upturns since 2017, especially notable this year, it could be argued that the world is poised to enter a period of rapid growth. However, research projects also show that the US-China trade conflict, if not properly resolved, will have global consequences, for example, shaving 40 percent off the level of world trade. The two economies account for almost a quarter of world trade, therefore any disruptions on this front will cause significant damage worldwide.

4. The authority and binding force of established international order and rules

Several World Trade Organization (WTO) ambassadors have expressed concern that the WTO is facing a difficult time. They are concerned that the established international order and rules face major challenges from the United States as the country adopts unilateralism instead of multilateralism and the rules of the WTO. Since 1974, the US has launched 125 rounds of trade sanctions on 35 countries via its investigations under Section 301. In 1995, the WTO, upon its establishment, raised an objection to the US practice, saying it was counter to WTO rules. The US had not resorted to this practice since then. This time, however, the US has imposed sanctions against China, even extending the investigations to the manufacturing, high-tech and military-civilian integration sectors. One cannot help but worry what damage this practice will do to the established international order and rules.

5. Bonuses from the growth of the Chinese market

The Chinese market is expanding rapidly, equaling the size of the US market in 2017. At its current rate, the Chinese market will grow by 13 percent each year. At the same time, China's imports will reach 10 trillion US dollars in the coming five years.

Trade friction does little to help the two countries and the world at large. Therefore, closer cooperation between the two countries on trade, investment and other fields could enable the United States to share the dividends of the Chinese market and could deliver more investment opportunities. The key to the resolution of the current China-US trade friction lies in the fact that the US side needs to change its way of thinking in seeking solutions to bilateral trade conflicts. China and the US could in fact create new wonders through the following five initiatives.

1. Relax the US export of high-tech products.

2. Co-operate to promote the digital economy.

The two countries could synchronize their efforts in promoting the digital economy, with increased electronic trade and mutual access to data circulation. The total volume of cross-border e-commerce in 2017 was 11.6 trillion yuan and 4.6 trillion yuan in the United States and China respectively. If the two countries were to cooperate through cross-border e-commerce and digital trade, China could increase its imports by at least another 100 billion US dollars.

3. Speed up the BIT negotiations.

The Bilateral Investment Treaty or BIT negotiations between China and the US have so far been conducted for 34 rounds. If those negotiations could come to an agreement, it could help create a breeding ground for enterprises from the two countries. According to statistics from the Rhodium Group, investment by Chinese enterprises in the US amounted to 45.6 billion US dollars in 2016. If the US relaxed its restrictions on investment by Chinese companies under the BIT framework, then the annual increase of Chinese companies' investment would far exceed 45.6 billion US dollars at least. Should US investment in China grow at the same rate, it would be difficult for the country not to see an annual growth of 50 billion US dollars.

4. Strengthen cooperation under the Belt and Road framework.

The US and China could strengthen cooperation in infrastructure investment and seek common development of third-party markets under the framework of the Belt and Road initiative.   American enterprises providing intellectual and high-tech services especially could play a big role in terms of risk evaluation, prevention and control for key projects under the initiative.

5. Advance the process of a bilateral FTA.

A China-US FTA has not been formally mooted so far. Should the process of a bilateral FTA be launched, according to a study by the Peterson Institute for International Economics, the two sides could see bilateral trade increase by 500 billion US dollars.

Therefore, if the United States could change its way of thinking, the trade deficit of 250 billion US dollars highlighted by President Donald Trump could easily be reduced and bilateral trade could see an even bigger growth. As long as the two sides could get their heads together, and work out solutions to their differences, it would be possible to turn China-US trade into a trade surplus and a trade war need not happen.

(This article has been written by our guest commentator Chen Wenling, chief economist at the China Centre for International Economic Exchanges.)