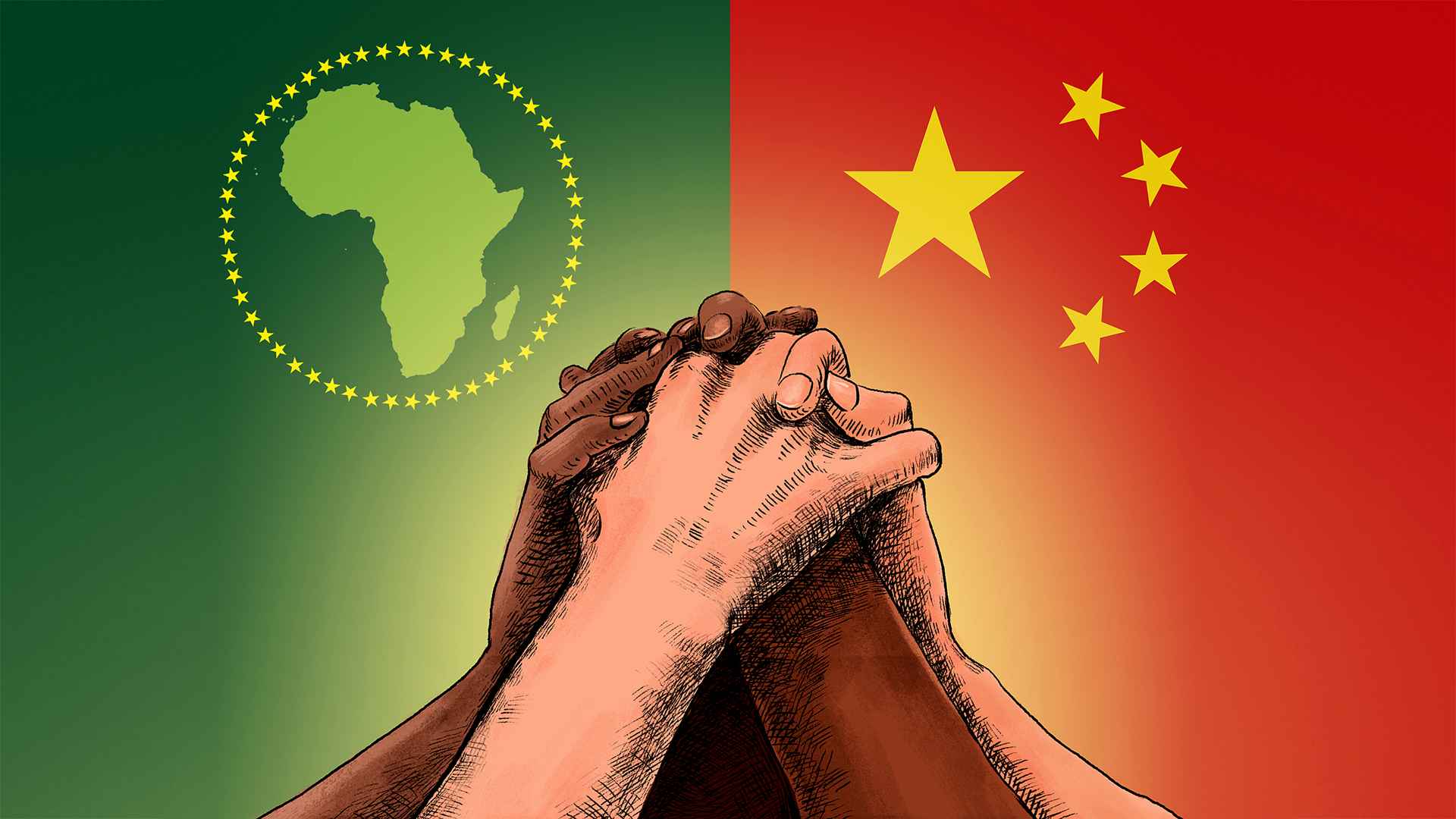 Editor's note: Shi Zhiqin is an executive director at the Institute of the Belt and Road Initiative at Tsinghua University, and Li Lianxing is researcher at the institute. The article reflects the authors' opinions, and not necessarily the views of CGTN.

A rising continent, Africa, is expected to be more deeply engaged with China’s grand vision of the Belt and Road Initiative (BRI).

He said Africa is a natural part of the Initiative and it should be a significant one. He added that China is willing to extend the platform to more African countries on the basis of equality and mutual benefit.

However, to many of those countries, Xi's idea is still a new concept. Moreover, challenges are ahead for both to see how this plan will work in an African context.

The Forum on China-African Cooperation (FOCAC) was established far earlier than the BRI and it has become a quite sophisticated framework of China’s partnership with African countries. Thus, FOCAC can be a mini-version of multilateral cooperation that enables BRI to learn many lessons from it.

The FOCAC offers the foundation of China’s policy toward Africa, and the BRI addresses more on the multilateral platform and connectivity, which means the BRI is expected to bring Africa into a wider world market.

This relationship is novel to many African countries and it will take time for them to adjust into these two mechanisms. China also needs to demonstrate the values of the two in a more vivid way.

China's policies of non-intervention and non-political cooperation are valued by African countries as they allow independence for suitable development.

As the BRI links more players into the partnership, which has deepened with current partners in Africa, China still sees these policies as vital. China has repeatedly said it won’t export its development “model” to any country as each country has its own unique social-historical background. However, it doesn’t mean China's development experiences can't be shared with others.

For African countries, there are more reasons for China to share its development experiences considering their common history and similar starting point. Thus the BRI will not only be a platform of concrete projects, but also a platform of economic and political experience sharing.

Quality of cooperation was another keyword in President Xi’s speech at the event. He said the BRI should rightly identify the bottlenecks of Africa’s development and avoid wasting funds.

During the past few decades of cooperation, both parties have been learning about each other’s tempo and now are more orchestrated. Africa has become more confident to design and develop its destiny and China in return also is more aware of what can be offered to Africa.

It is therefore vital for both to identify and support the key projects that may bring breakthroughs or essential changes to host countries.

Contrary to conventional knowledge that Africa is purely a recipient in the relationship with China, African countries have been developing their own “homegrown solutions” and actively shaping their partnerships with China to achieve goals.

While Africa is developing more quality ties with China, President Xi has committed to further open China’s market to the world, including Africa, under the BRI framework. This is a golden chance for Africa to reduce its investment deficit with China and many African entrepreneurs have tasted success.

Many may not know that one of China’s biggest mobile social application’s shareholders is from South Africa. It's not only about doing business in Africa, but embracing more African investments in China as well.

Furthermore, President Xi also noted that the BRI is an open and inclusive platform and it welcomes trilateral cooperation with the premise of Africa’s consent. Isolation shouldn’t be the trend and a more shared and connected world is key to common development for all.

Africa’s development comes at a good time as there are many lessons and experiences to be learned from all over the world, thus trilateral cooperation may make the best use of various parties’ development advantages.

However, Africans don't hide their concern that trilateral cooperation among Africa, China and the West may drag the continent into colonialism again and greatly impair its independence.

That’s why China has insisted that all possible trilateral cooperation taking place in Africa should fully respect Africa’s willingness and independence, and Africa should take a lead in such projects. The BRI may bring more opportunities to involved players, but all should be tested by this principle.

FOCAC and the BRI hope to create a more bonded community for China and Africa so that they can face the current international challenges.

China and Africa not only share a similar history to resonate with each other emotionally, but more importantly, they are all developing countries that can be easily affected by this uncertain and turbulent world. Common challenges and interests form a strong foundation of the bilateral ties between China and Africa.